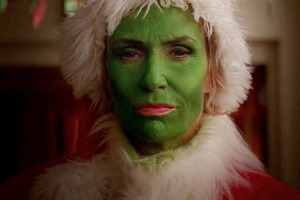 During the Christmas Break, “Glee” ended its mid-season with a holiday-filled special.  The rendition of classic holiday songs and the story-line of this episode were quite clever and unique.

For a re-cap leading up to this Christmas special, main characters Rachel Berry (Lea Michele) and Finn Hudson (Cory Monteith) have undergone a devastating break-up that might not only cause problems for the two individually, but also the whole Glee club.

The act of infidelity that Rachel committed against Finn was not only heartbreaking for Finn but also heartbreaking to watch as a viewer.  Finn’s heartwarming character did not deserve such a harsh break-up with Rachel.  Unfortunately, this happened to Finn before with his ex-girlfriend Quinn (Dianna Argon).

Although the upsetting break-up between Rachel and Finn was depressing, the cast of “Glee” kept the Christmas spirit alive throughout the episode. I was notdisappointed while watching it.

My favorite part of this episode was how well it portrayed a similar story line to “How the Grinch Stole Christmas” which I found well-suited for this episode.

Jane Lynch, who plays the role of the half-hearted cheerleading coach, Sue Sylvester, acted as the Grinch in this episode. Unmoved by the Glee club’s desperate attempts to raise money and buy gifts for poor kids on Christmas, Sue steals the gifts for herself, just to upset the Glee club.

The Glee club proved victorious to “Sue the Grinch” and raised enough money on their own to give poor children a nice Christmas.  While singing “Welcome Christmas,” the famous song sung by the “Who’s” in “How the Grinch Stole Christmas,” the various faculty members donated extra money to the fundraiser.

At the end of the episode, viewers were left hanging and wondering. Will Rachel and Finn get back together? Will Sue eventually become a good person? What will the Glee club do next?