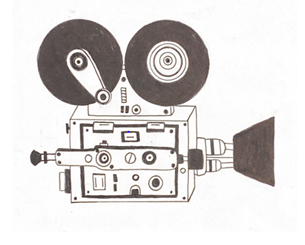 The 1993 release of “Groundhog Day” starring Bill Murray and Andie MacDowell achieved instant classic status from the first day it hit the theaters. If you frequently get déjà vu, this movie is especially for you.

The film follows Phil Connors, played by Bill Murray, as he reports from Punxsutawney, Pennsylvania on Groundhog’s Day and subsequently finds himself trapped living the same day over and over again. His sarcastic and indignant attitude seem to push others away from him, mainly his partner Rita. As he comes to learn, there are no repercussions for his actions as he is trapped in the time loop.
The film shows him getting into an array of trouble, such as being arrested and drinking with strangers. On the other hand, he saves people from accidents and injury as well. Even through all of this, he still wakes up in the Cherry Tree Inn. This begins to take a toll on Phil, however, when he begins a desperate series of attempts to get himself out of the loop. At one point he kidnaps Punxsutawney Phil and drives them off a cliff.
Through all of the chaos, Rita begins to believe Phil’s account of what is happening to him.
After winning Phil from a charity bachelor auction, Rita and Phil return to his bedroom for the night.
Phil wakes up the next morning to Rita still next to him, a different radio report, and a date of February 3rd. The loop had been broken.
“Groundhog Day” has been deemed by critics as one of the best movies of 1993, grossing over 70 million dollars in the box office.
The film was nominated for and won several awards and was deemed an instant classic by millions. Movie theaters throughout the country show “Groundhog Day” in theaters in the days leading up to the real Groundhogs Day.
The popularity that this film has gained solidifies it as one of the most loved and well-known movies of all time. From the star-studded cast, to the genius plotline, “Groundhog Day” remains a must-watch film.