JC’s music comes to bring everyone together 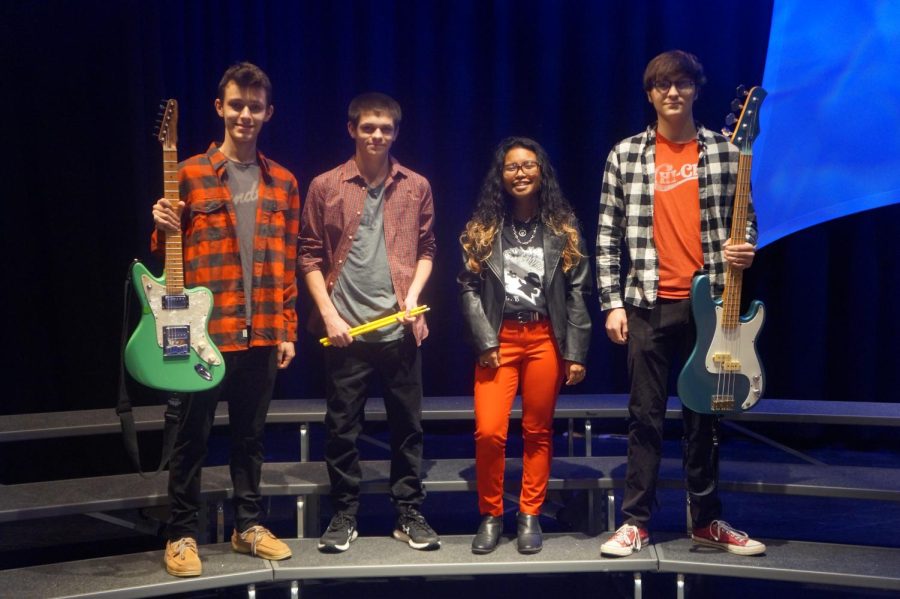 JC’s music groups came together to celebrate the holiday season during their concert.

On Friday, December 10, the musical groups of JC joined together to create an enchanting holiday-themed concert.
The groups included Rock Band, Jazz Band, Concert Band/Percussion Ensemble, Orchestra, Chorus, Bella Voce (a capella group), and Patriettes (female a cappella group).
Chorus Director Julie Parrish, reflected on the concert. “This year’s Music Department Winter Concert was the first time we’ve been back on the stage for a concert since December 2019. I was so pleased with how the concert went.”
Although the music department wasn’t able to have a full live show since December 2019, many were very excited for this performance.
Mrs. Parrish said, “I felt that we had some of the smoothest transitions we’ve ever had in a winter concert. I was so glad to be able to bring back Christmas concert traditions that had been lost in recent years as well, like the concert band’s ‘Sleigh Ride’ and Bella Voce’s ‘Go Tell It on the Mountain’ and ‘12 Days of Christmas.’”
Band director Mrs. Casey Novak provided her thoughts on the concert and its success. She said, “The students worked very hard and were able to present a high-quality concert.”
JC held a virtual concert last year and an outdoor concert in the spring, but it wasn’t the same. Many restrictions were put in to correspond to the COVID guidelines.
However, the music program is in full swing this year. With a successful concert and theater show already receiving many positive responses, JC will have a spring concert and a spring musical.
Mrs. Novak said, “It was a joy to be a part of live music at JC again.”
Many positive responses came from the audience, especially with the rock band. While performing, many were on their feet rocking out with the band. The biggest crowd-pleaser seemed to be “Run Run Rudolph.’
Another stellar performance was from the a cappella group, Bella Voce. They did their own take on the popular song, “The 12 Days of Christmas,” complete with props and comedy.
Mrs. Parrish said, “I was particularly excited to bring Patriettes back to the stage for only the second time since the group was established. I loved the Patriette’s music, especially ‘Making Christmas.’”
A great performance was when the best of both words came together.
The orchestra and the rock band both performed the song “God Rest Ye Merry Gentleman.” The orchestra and rock band “battled” each other, playing back and forth, and then towards the end, played together. It was definitely a crowd-pleaser.
Mrs. Parrish also added to the response from the audience. “I was especially moved by the number of people in attendance at the concert this year. It felt so good to have students share their hard work with so many supportive audience members.”