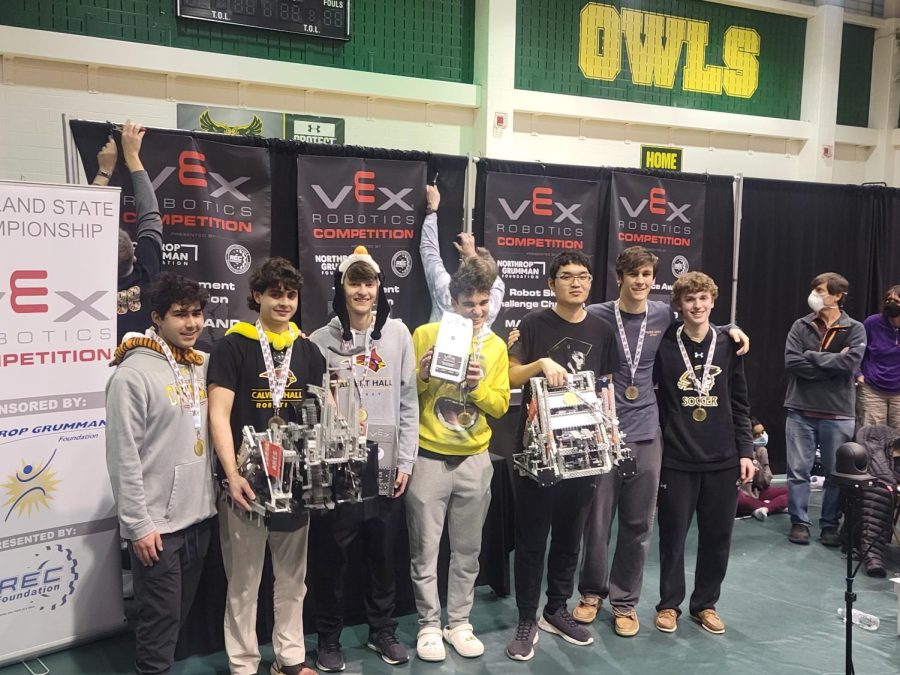 For his Senior Project, Robotics Club President Jason Yan is making a documentary to share his journey on the JC Robotics team. Jason has been participating in Robotics for four years, but this is his first year that he had been able to travel to competitions.

He said, “Since this is my last year competing in Robotics, I thought it would be a good idea to make a documentary about my Robotics experience.”
Jason believes that his documentary “would be a great introduction” to anyone interested in learning about Robotics and the JC team.
One of Jason’s goals for his Senior Project is to “leave behind a legacy for the school.” He wants to encourage more students to join the Robotics Club. “Right now, we have an all-senior team. It would be nice if we could get more people interested and promote our school’s Robotic program,” said Jason.
Jason said the best thing about his project is that it “could potentially change somebody’s interest, or even change somebody’s life.”
The documentary will be about ten minutes long and consist of four parts: footage of Jason’s robotic experience before this year, the team’s trip to California, the team’s trip to the Maryland State Championship, and the team’s trip to the World Championship in Texas, which will be in May.
Robotics Coach Tony Davidson said, “Jason has been diligent in recording the competitions that we have gone to. Hopefully, this documentary will entice students to join the team in the future as it will reflect the reward of what hard work and determination can allow people to achieve.”
Jason already has collected “a bunch of footage” from before this year and his trips to competitions. All he needs is “some footage from the world championship and to just put everything together.”
In the past, Jason has “tried editing a few videos before,” but he described them as “okay.” His project requires an immense amount of filming and editing, but Jason is ready for the challenge. He said, “Doing this [Senior Project] will give me more experience.”
Jason’s Senior Project has helped him discover new things about himself. Before Jason started his documentary, he thought that taking videos “was just a waste of time.” However, he has realized that videos can be a great way to capture experiences. “[Taking videos] is pretty fun. You can collect all of your experiences. I enjoy sharing my experiences with others,” he said.
At the end of the school year, Jason will finally have the chance to share his many experiences and successful competitions through his Robotics documentary.