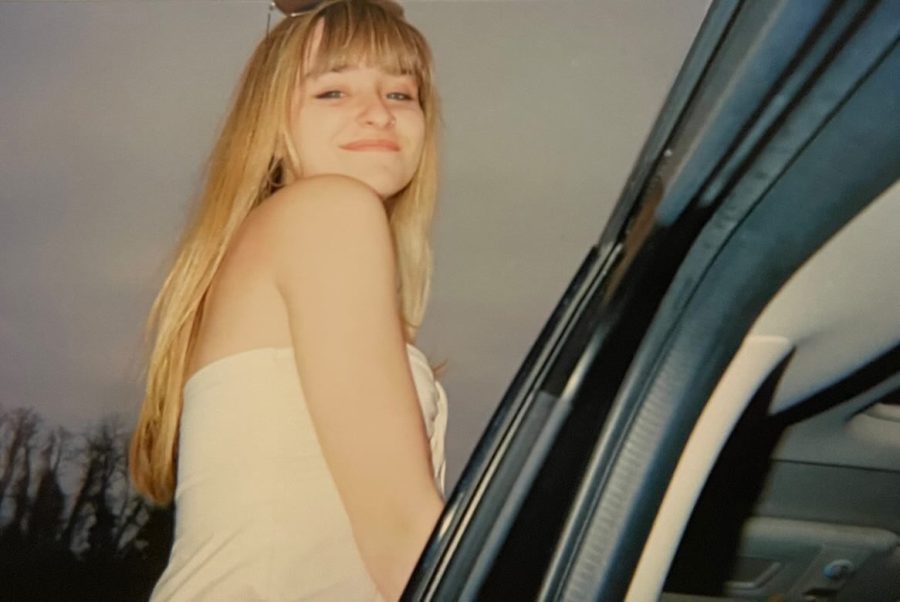 Autumn Burks’ interest in her family history, particularly that of her grandfather, sparked the idea for her Senior Project.

For her project, Autumn decided to make a short film about her grandfather’s family history and her process of making the film and gaining information for it.
In order to gain the information for her project, Autumn traveled to Hancock, New Hampshire to visit her great-aunt Mabel and her great-aunt’s husband.
When describing this aspect of her project, Autumn said, “I had personally never met her, so this trip was very important to me.”
Autumn was inspired to create a short film on her family history for her project due to past conversations with her grandfather. She commented, “All the stories that my grandfather has told me inspired the project.”
Some of the research Autumn’s project has required included visiting “all the spots that my grandfather had spoken of [in his stories]” and talking to her great aunt Mabel for “hours about the past and the present.” Autumn said her project has required her “to travel, film, meet new people, and so much more.”
However, if Autumn was able to go back and change an aspect of her Senior Project and research, she revealed that she “would have made sure I could have spent more time with Aunt Mabel.”
Throughout the process of creating this project and her short film, Autumn revealed that her favorite part “would be the moment I got to meet my family member who I had heard so much about.”
However, while Autumn enjoyed creating and filming her Senior Project, challenges arose throughout the process.
Autumn said, “Some challenges that I have faced while creating my project have been making sure that all the locations we were going to would allow me to film and making sure the snow would not block us into our room and prevent us from visiting Aunt Mabel.”
Overall, the goal of Autumn’s project was to learn more about her family history and be able to “connect to family I had never met before.”
Through this project, Autumn was also able to connect family members, such as her grandfather with his sister for “the first time they had gotten to talk face-to-face in years” due to teaching them about technology and connecting them through Facetime.