Keep it Real: Keeping up with my dead homies

News Editor Kelly Foulk keeps life interesting. Don't be surprised if she shows up at school with a penguin costume on (five minutes late, of course). She does what she wants when she wants to. 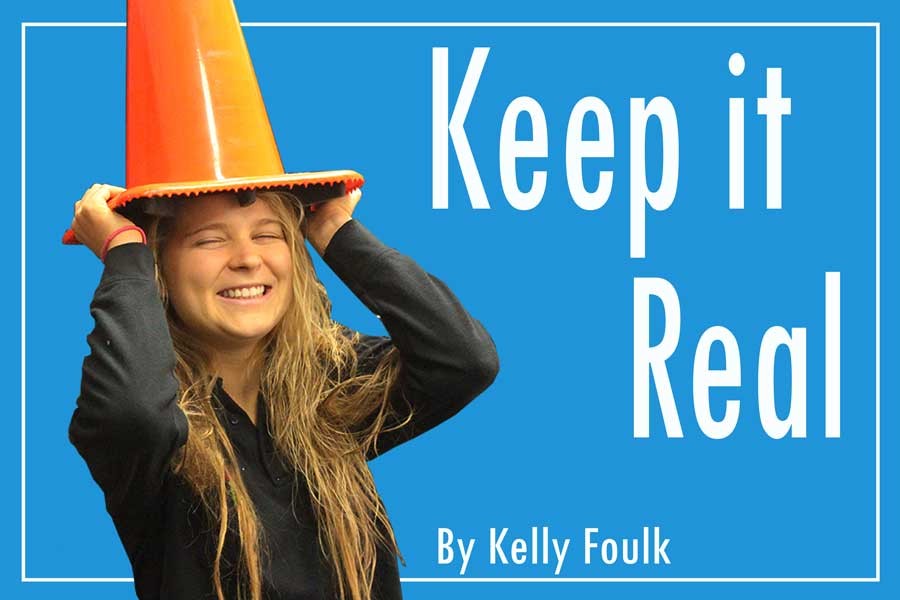 Do you believe in ghosts?

When I tell people that I communicated with the dead using a piece of plastic and cardboard, I typically get one of two reactions: “It’s fake!” or “That’s terrifying!” There are lots of people who don’t believe that a piece of cardboard is sufficient to communicate with the spirits. There are also a lot of people who nearly faint at the idea of trying.

I can honestly say that I tried using a ouija board and did not faint. There were four of us in my friend’s basement. We set the ouija board out on a poker table and turned off the lights. Just the thought that the ouija board was sitting on the table gave me the jitters. It seemed to be drawing supernatural beings from thin air, air that seemed to be growing chillier by the moment.

We all sat down and placed two fingers on the planchette (a small heart-shaped piece plastic with a circular looking glass through which you can see the letters). I met the eyes of the people around me. Within five seconds, everyone in the group was awkwardly laughing. Nothing had happened.

Accusations started to fly, “Stop laughing! You’re scaring the ghosts away! You have to be serious! Shut up!” I think we were all a little bit nervous. Eventually, we all quieted down. After a period of silence, my friend asked the first question.

My other friend immediately chided him, saying that we were going to attract a mean spirit. Fortunately no one answered, so we asked another more tame question, “Is anyone here?”

Holy hula skirts! We all flipped, nearly scaring the ghost away. Her name was “Bri56.” Either someone was fooling with us or this ghost had forgotten basic spelling.

Bri56 was eventually scared away by my friend’s mother turning on the lights. She nearly scared me away too, to be honest.

The second spirit was a little bit more interesting. This spirit, whose name I will not disclose for privacy purposes, was from Harford County and died on January 15, 2015. She was around 60 at the time of death and had three children. She went by the nickname “A.”

“A” told us that heaven is real. When we asked about Satan, she moved the planchard to “6.” At one point my friend asked her if she wanted to harm us, and the plancard hesitantly moved to “No.” It wasn’t very reassuring. Soon after, we said goodbye. The drive home was quiet and I could sense “A” sitting in the passenger seat.

I completely believed in the Ouija board, so it came as a surprise when my friend later revealed that he had been Bri56. He had moved the planchard and lied to us all. He claimed that he hadn’t moved it at all when we were talking to the second spirit, A, but who knows. It felt real, but was it?
Kelly Foulk is a News Editor for The Patriot and jcpatriot.com.