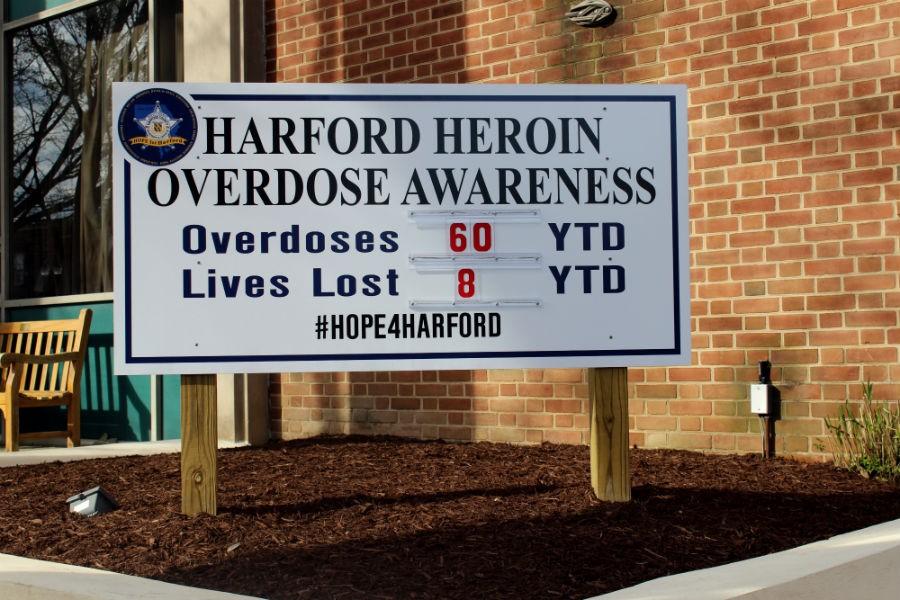 Outside of all the Harford County Sheriff's Department precincts is a sign that displays the current number of overdoses and deaths by heroin in hopes of raising awareness of the epidemic. As on April 8, 2016, there have been 60 overdoses and 8 deaths.

Depressed and needing a high, Kurt Smith sips vodka to satisfy his addiction as he prepares for school. Stumbling through the school hallways, Smith barely makes it through the first few mods. A call summons the drunk Smith to the main office in the middle of class. The administration orders his parents to take him home to leave school indefinitely. On the ride home, Smith ponders future consequences.

“I came to school drunk,” Smith said. “I couldn’t expect the administration to not do anything, and it made me loathe myself almost.”

Kurt Smith is a pseudonym used to protect the identity of the former student. Smith was expelled from JC his junior year.

Smith has struggled with an alcohol and opiates addiction since his freshman year. His first interactions with opiates were in another high school’s bathroom. Smith believes his addiction started from pressure from fellow classmates pushing him towards abuse.

However, the first few experiences with drug use stretched beyond just school and developed into a serious addiction that he could not control. “Life wasn’t clear at all. I could tell I wasn’t myself. Everything was a blur. Opiates make depression 10 times worse,” Smith said. “You get on this peak, but that peak drops as if you have a bipolar disorder, which is exactly how it was with drugs.”

When Smith was expelled from school, he recognized his issue and went to a rehab facility for over a week. Following his transition out of rehab, he participated in a Narcotics Anonymous session once a week.

“The first 30 days seemed pointless. I didn’t see a lot of hope. My mindset was ‘if I was doing drugs now, I would be having a lot more fun.’ But then my self-esteem [increased], and I had a lot more money,” Smith said.

Now Smith has gone over 90 days sober and recognizes that relapse is a real probability. According to him, addiction is an illness similar to cancer and is not something you can just get rid of. “Addiction is a mental illness that you simply cannot control,” Smith said.

Remaining sober has become easier with time, but relapses still occur. “Every time I drive by a liquor store on the way to my new school, I get tempted,” Smith said. “But I don’t ever want to get back to the spot I was in. I don’t ever want to be kicked out of a place or fired from a job because I can’t handle myself.”

Smith wishes he could have stayed at JC. However, leaving taught him life lessons. He used to spend over $100 a week on drugs, but now with the money he saves, he sees new life opportunities and signs that life is improving.

Although Smith is improving, he still struggles and can’t give advice to others yet. The most resounding advice he hears is from the fellow members of his NA group.

“The first day is the hardest day, but you just have to live day by day. You can’t think about life as a whole, you’ll fail that way,” Smith said. “You have to take it as a day-by-day challenge. Just don’t take opiates today, and you’ll be fine.”