The world of dreams

Junior Carly Schofield wakes up trembling on her floor in confusion. She’s unable to remember how or why she’s there, but all she can focus on are the events that she woke up from. Once again, Schofield had a recurring dream that ended with her death.

“[In my dreams] all my friends will get kidnapped, and the person will be like, ‘Okay, I’m going to kill you all’ and then kills me first. I don’t really knows what happens to the rest of them, but I end up dead first every single time,” Schofield said.

Nightmares, such as Schofield’s, are one of the many types of dreams that you can have. These different types can be interpreted in various ways. “[I think that dreams] are something that you did, kind of like a reflection on what you did [in the past],” junior Alex Marlow said.

According to DreamDictionary, Carl Jung, one of the famous psychiatrists who studied the meaning of dreams, believed that we are able to interpret our dreams ourselves.

“I dream stuff about me being in television shows sometimes,” Marlow said. Usually, he is in the television show The Office and is just sitting there watching it. However, each time the dream is an improv and is a new episode each time. 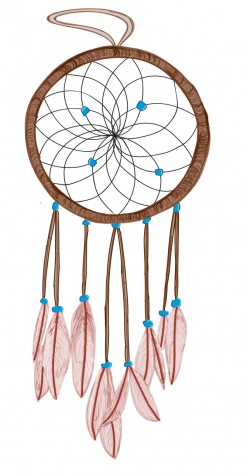 So, how exactly do these vivid scenarios happen each night?

According to Psychology Today, humans dream for at least two hours per night. When you are asleep, your body continuously goes through a five-stage sleep cycle. This allows your body to relax and recover from the day while your mind is at work.

During this stage, the person’s heart rate and blood pressure increases while the eyes move back and forth under the eyelids. The sleeper is deeply asleep and is in a state of paralysis. Researchers believe dreams occur most frequently during this stage.

According to Sleep.org, humans dream at least four to six times a night, and those dreams are important for your health and well-being. According to National Sleep Foundation, it is important that all phases of the sleep cycle are completed so that the proper “muscle repair, memory consolidation, and release of hormones regulating growth and appetite” can occur.

Occurs when the mind drifts from reality, daydreaming creates fantasies in your head while you are half asleep. According to Psychology Today, these kind of dreams are made up of stimulus independent thoughts that cause the mind to wander.

Although daydreaming can be perceived to be negative, it is act
ually beneficial and it can act as a source of relaxation. According to WebMD, it can help control anxiety and phobias, and can help distract you from thinking about negative things.

Daydreamers, according to The Smithsonian, are capable of focusing on one topic while creating other scenarios in their head. In a study conducted by researchers from the University of Wisconsin and the Max Planck Institute for Human Cognitive and Brain Science, “working memory is closely tied to our tendency to think beyond our immediate surroundings at any give time.”

This wandering that occurs correlates with the brain’s ability to remember information despite distractions, hence making those who daydream better at remembering things.

The sleeper can be disturbed by nightmares that cause them to wake up anxious and in fear of what they were dreaming about. According to MedicalDaily, not only can these be triggered by watching scary movies, but they can also be caused by poor eating habits or stressful experiences from the day.

Sophomore Megan Sheehan usually wakes up every two weeks overwhelmed from a nightmare. “I had just watched ‘The Conjuring’ that week and I never watch scary movies. I had a nightmare where I was locked in a big shopping mall by myself and the ghost thing from ‘The Conjuring’ was trying to kill me,” Sheehan said. “It was so scary, I remember it so clearly after two years.”

According to sophomore Sarah Zoll, she dreams almost every night about random things. She had the exact same terrifying dream every night when she was in kindergarten. “I [ would dream] that I fell asleep, and then I would wake up in a cartoon world as a giant. These little army men would come and capture me and tie me down with ropes,” Zoll said. 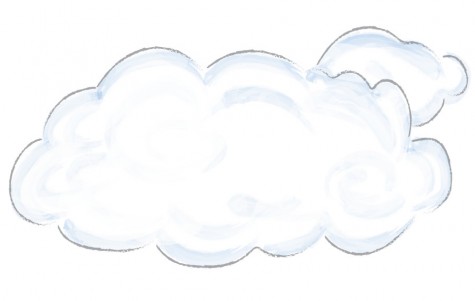 However, after her brother gave her a red and blue dreamcatcher that was covered in shells and beads, she never had that dream again. “I’ve never really thought about it [dreamcatchers working], [but] it worked for me when I was younger and it’s still hanging in my dream,” Zoll said.

If the similar theme of being chased or stuck appears multiple times, this is known as a recurring dream. Schofield’s dream have the recurring theme of her falling off of a cliff and breaking her back. “I was at [Taylor Swift’s] house, and I vividly remember this scene: it was like a dark sky and balcony,” Schofield said. “I looked over the balcony and said person, pushed me off and I fell to my death, and I remember hitting five different rocks.”

According to Psychology Today, “recurrent dreams are assumed to reveal the presence of unresolved conflicts or stressors in an individual’s life.” These dreams
can begin at a young age and can come back at any time in your life.

“When you die in your dreams, apparently, something new is about to happen in your life, but I’ve been dying in my dreams since I was three years old so that new thing isn’t really coming,” Schofield said.

According to Schofield, most nights her dreams end with her dying and waking up only to find herself on the floor with no recollection of getting out of bed. When she dies in her dreams, she hears music and can see her body laying on the ground as if she was looking down on it.

“I think people just dream about what they’re afraid of,” Schofield said. “I’m not afraid of heights, I’m afraid of me being up high. I don’t trust myself, I feel like I will lose my balance and fall off.”

Even though you may be asleep, your mind is actively piecing together images to create a sequence of events. Whether it is a normal dream or nightmare, anything can happen.

Dragging her finger along the wall, changing its color from green to purple, senior Kelley Reilley passes through a hallway. She then gets on a ski lift and rises to the top of a dark, snowy mountain. As she snowboards down, Reilley comes to a deserted ski lodge.

Reilley did not actually do these things; rather, they happened in a dream. Unlike a normal dream, however, Reilley was controlling what was going on.

Dreams like the one Reilley had are known as lucid dreams. According to Dictionary Reference, a lucid dream is “a dream state in which one is conscious enough to recognize that one is in the dream state and which stays in one’s memory.” Unlike normal dreams, which may seem fuzzy or hard to remember, you have greater awareness during lucid dreams.

These dreams are unique because you are “conscious” while remaining unconscious. You are asleep the entire time that you are dreaming, but when lucid dreaming you are aware of all of your senses, thus transforming the experience of dreaming. 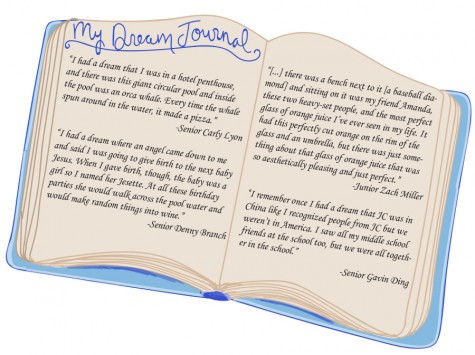 Once you have mastered the ability to lucid dream and control elements of your dream, you can experience almost anything imaginable. From flying, to meeting superheroes, to walking through fire, lucid dreaming opens up a world of possibilities when you close your eyes.

Psychology Today recommends forming habit of studying the environment and your state of awareness during the day. If something in the environment is a little bit off in a dream, you may be able to recognize that you are dreaming. Making a mental habit of recognizing your awareness will then help you to do the same thing subconsciously while you sleep.

“Check clocks and your hands periodically throughout the day to form a habit so you’ll do that when you sleep too. This makes it possible to tell if you’re dreaming because when you look at your hands or clocks in a dream they’re very distorted,” Reilley said.

In addition to these techniques, World of Lucid Dreaming, a website for experienced lucid dreamers, recommends writing down at least one dream in a dream journal every morning, assuming you are able to remember your dream from the night before. According to the site, if you wake up in the middle of the night from a dream, jot down some notes about what happened.

It is important to remember that lucid dreaming is not expected to come easily. According to World of Lucid Dreaming, you need mental conditioning and daily practice to have your first lucid dream.

Lucid dreaming can be dangerous because sometimes it is difficult to wake up from a dream, which can be frightening. Reilley has experienced lucid dreams in which she tries to wake herself in the dream, but is unable. “I felt stuck and like I would never wake up,” Reilley said. If you want to wake up from a dream prematurely, Reilley recommends breathing deeply and heavily.

Once you have mastered the ability to lucid dream, you can experience almost anything imaginable from meeting superheroes to walking through fire.

Katie Sullivan and Lilly Stannard are In-Focus Editors for The Patriot and jcpatriot.com.