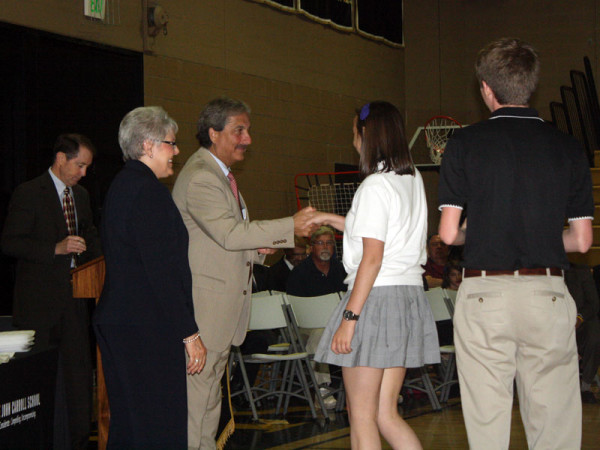 At the senior awards ceremony on Wednesday, May 30, many members of the class of 2012 were given medals, plaques, and certificates to recognize them for their hard work.  To see pictures of a few of these seniors accepting their awards, see the latest Week in Pictures.

Seniors Heather Kirwan and Alex Snyder both received awards for having perfect attendance for all four years.

Cassidy and Henninger won the School Spirit and Involvement Award.

Ripken won the Black and Gold award and was the Salutatorian of the class of 2012.

Galarraga won the Black and Gold award and was the Valedictorian of the class of 2012.