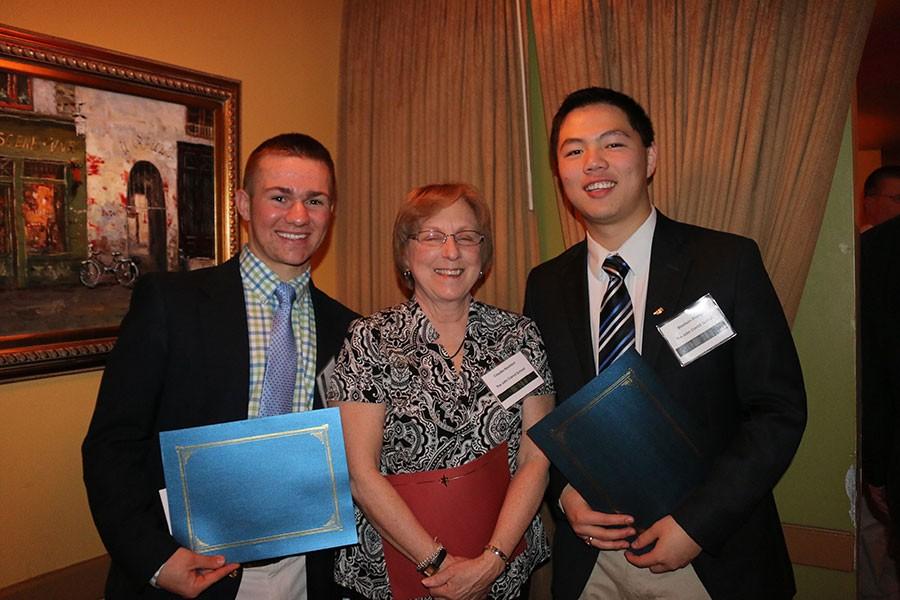 The award is comprised of nominations from high schools throughout Harford County. Reyerson was one of nine teachers nominated for the Educator of the Year Award.

“To be nominated by my colleagues is an honor in itself. To be on the same stage as other teachers in the county is also an honor,” Reyerson said. “To win an award is very special to me.”

In addition to the award, Reyerson won a gift certificate to Libertore’s and a $1,000 grant to promote math education at JC. The grant can be used for supplies or guest speakers, as long as it is math-related.

In addition to recognizing math teachers, the foundation also has an Award for Excellence in Applied Mathematics that is awarded to a Harford County senior and grants a $3,000 scholarship to the winner. Seniors Tim Kutcher and Rawlison Zhang were nominated by the Mathematics Dept. This year, senior Alexandra Stephens of Aberdeen High School won the award.

Reyerson has been teaching math for 42 years, 35 of which were spent at JC. She currently teaches Algebra I to freshmen and Honors Geometry to sophomores.

“It’s rewarding to see some of my students go on to use mathematics in their careers,” Reyerson said.

Mathematics Dept. Chair Beverly Markel is proud of Reyerson for receiving the award. “I think it’s fantastic,” Markel said. “It’s quite an honor for her and for the school.”

Angela DeCarlo is the Stories Chief for The Patriot and jcpatriot.com.