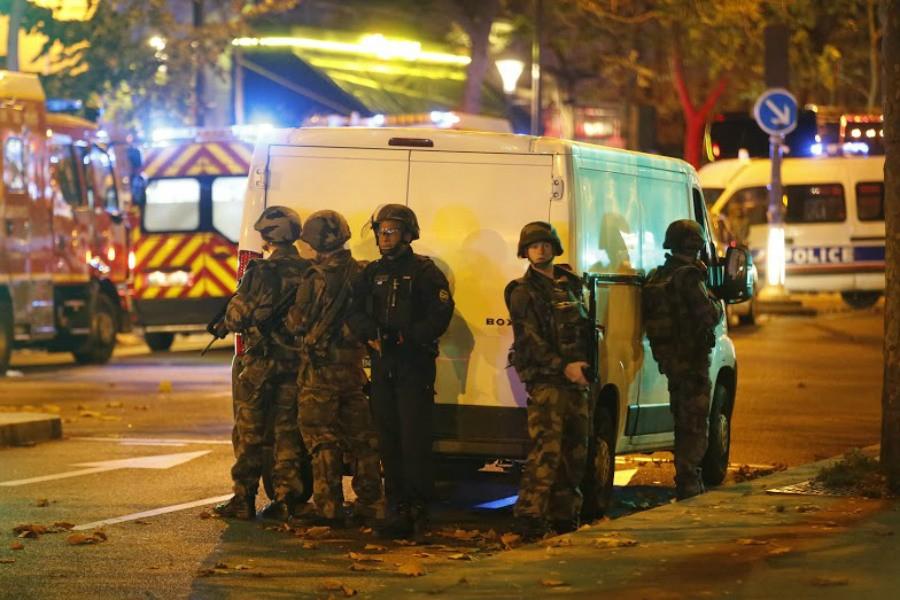 Security forces and police outside the Bataclan concert hall in central Paris as people are being held hostage on Friday, Nov. 13, 2015. After clearing the hall of attackers, officials reportedly found more than 100 dead inside.