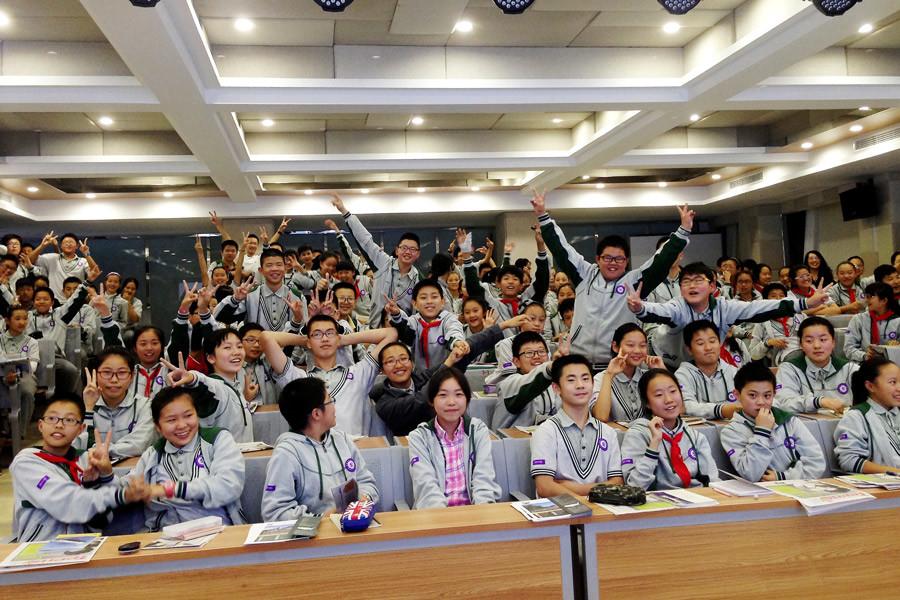 During the trip, Seiler gave presentations about JC to students in Nanjing and taught an English class to a class of 48 students. One of the classes that she talked to posed for a picture.

Eight thousand miles away and a whole new language.

In the fall of 2016, the JC curriculum will be available to students in China through this satellite school, called The John Carroll School of Shenzhen. When the school opens, the intention is to accept 20 students to test the waters and then accept more in subsequent years.

“Within an existing high school there [in China], there would be the John Carroll School also, where they would take essentially the JC curriculum. It would give those students a leg-up in terms of applying to American colleges and universities,” President Richard O’Hara said.

The original plan was to have the school open this fall, but due to lack of enrollment, the opening was delayed another year. An organization called Knowledge Link helps find the Chinese students who are interested in the program, hires the teachers, and hires the academic dean with approval of the administration. In addition to this, a representative from JC “would probably” be sent every year according to O’Hara.

According to Hensley, the satellite school resembled JC in a “spooky but very cool” manner.

Not only did Hensley and Seiler visit the satellite school, but they also met with multiple students in China and Korea who are interested in the International Student Program. This program provides students from around the world with the opportunity to go to school at JC’s U.S. campus. Their goal is to have approximately 10 percent of the student body made up of International students.

According to O’Hara, the goal is to have a series of campuses in other countries besides China. In order to make a satellite school happen, it requires finding another school that is interested in creating a partnership and filling out the correct paperwork that complies with their government.

“I loved it [the trip], and I would do it again in a minute because it was a wonderful growth opportunity for me personally and professionally. I have a better understanding [and] appreciation [for international students],” Hensley said.

Caroline Cooney is an In Focus Editor for The Patriot and jcpatriot.com.