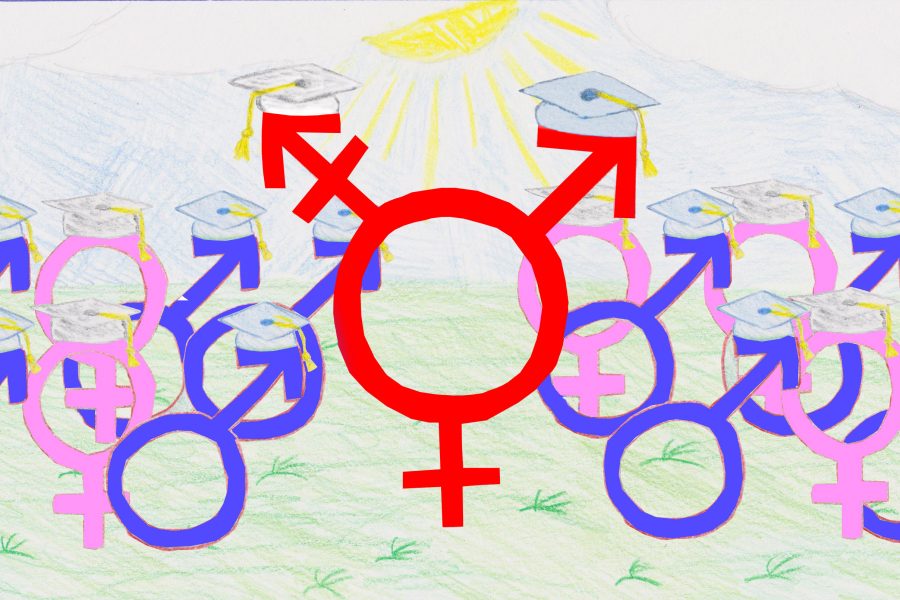 The Maryland Department of Education has suggested that all schools implement gender-neutral, one color graduation gowns for both sexes in order to create a more accepting environment for transgender or non-gender conforming students. Howard County Public Schools and Aberdeen High School have implemented the change, and other schools have considered it.

There has yet to be a decision or serious discussion about this becoming a concern at JC, but the administration is open to the idea of gender neutral gowns. “LGBT has grounds for gender-neutral gowns,” Principal Madelyn Ball said. “No one should be left to feel uncomfortable at graduation.”

Howard County is requiring the individual schools to wear a single-colored gown, whether it be in their school colors or another color. In addition to the neutral gowns, the county is requiring schools to line their students up in alphabetical order opposed to the regular notion for men and women to be called up in separate lines.

“Their [Maryland State Department of Education policy] did not have an impact on the decision, but I think it certainly aligns with [their recommendations],” White said. “So far, we’ve had very few complaints.”

In addition to Howard County Schools, Aberdeen High School has recently made a change in their graduation robes to have gender-neutral gowns.

However, not all schools in the county have made a clear decision. Bel Air High School temporarily implemented a change similar to Aberdeen’s but revoked it after parents expressed dislike for the change. “[The administration] didn’t make the reason for the change clear. It was rumored to be because of organization, because if everyone is blue then at graduation we don’t have to be color coordinated. Others said it was to help accommodate the transgender students at our school,” Bel Air High School senior and student council member Megan Thompson said.

The issue to change the color of the gowns to a single, gender-neutral gown was not something administration felt needed to change for this year. If there is to be a change it would have had to have been brought up earlier in the year. “We would have to start decision making early fall,” Ball said. “The graduation committee meets once or twice a month throughout the year and the gowns are ordered in the fall season.” She also believes that it would be an advantage to the girls because the current white gowns are see-through.

Students have a diverse opinion about a possible course of action.

However, not all students agree that JC should implement a change for a transgender student. “I think part of the problem is that we focus so much on something as simple as a color representing a gender. We define everything as pertaining to a certain gender. I think that is today’s society’s issue, and JC is only adding to it,” senior Gabe Webster said. “A graduation gown is already pretty gender-neutral because it is just a long flowing piece of cloth. I don’t understand how you can make it any more gender-neutral. I am not for the [gender-neutral] gowns.”

The Patriot reached out to Bel Air High School and Aberdeen High School for comments, but responses were not returned in time for publication.

Grace Mottley is a News Editor for The Patriot and jcpatriot.com.