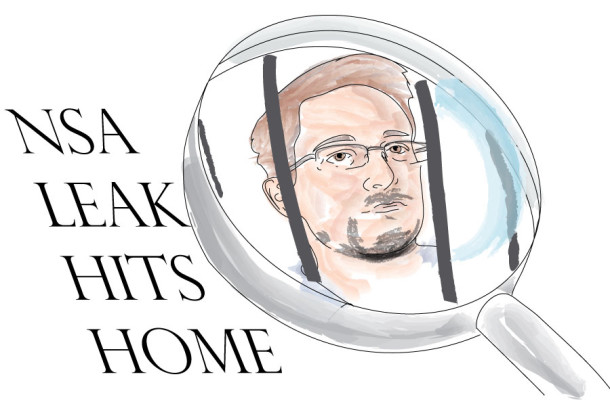 This is the con argument on the morality of the recent acts of Edward Snowden. To read the pro click here.

When someone becomes a witness of corruption, it seems logical that he should reveal it, alert others, and make sure they are punished for it. However, is it right to reveal those secrets if it endangers others as well?

Many people believe that Edward Snowden did a good thing by revealing what the NSA did, and that it benefited the general public. We, as Americans, all may feel that our privacy was violated by the government and that the government should be punished. However, we must also consider what the consequences of his actions are and how we all may be affected.

According to an article by The New Yorker, most of the information of who we call is shared with the phone companies we subscribe to as well. While the NSA did cross the line with 2,776 incidents, where they overstepped the limits of what they could access, privacy was not breached all the time. Furthermore, based on the case Smith v. Maryland in 1979, we do not have expectations of privacy for phone calls.

The news Snowden revealed will also cost our nation money.The U.S. has different security operations set up all over the world. While some may be unnecessary, many are for our nation’s safety and, after so many secrets of these programs were revealed, much of the system will have to be reworked. This will not be a cheap process, in terms of time and money.

Also, Snowden fled to other nations where he could have leaked valuable U.S. information. Snowden claims he did not share any information to China or Russia when he said, “I never gave any information to either government, and they never took anything from my laptops.” However, there is no way to be certain this is the truth. These nations perform counterintelligence on the United States as well, and giving them information would not be in our best interests.

Snowden’s actions have hurt our international relations as well. Other nations know that we were spying on them, which has changed their opinion on us and harmed our international reputation. For example, German Chancellor Angela Merkel called for a European wide-reconsideration of cooperation with U.S. intelligence agencies. Also, other groups of people, terrorist groups for example, now know more about our spying habits and procedures.

What Snowden did was brave, however, he should have gone about it in a different way that did not endanger our nation. I do not approve of the United States spying on its own people, and I believe he was right in taking a stand against it. However, Snowden’s actions carry consequences into the international level that could cause more problems for us in the future, problems that could harm us both internationally and domestically.