Commentary Remembering our four Class of 2021 retreats at John Carroll 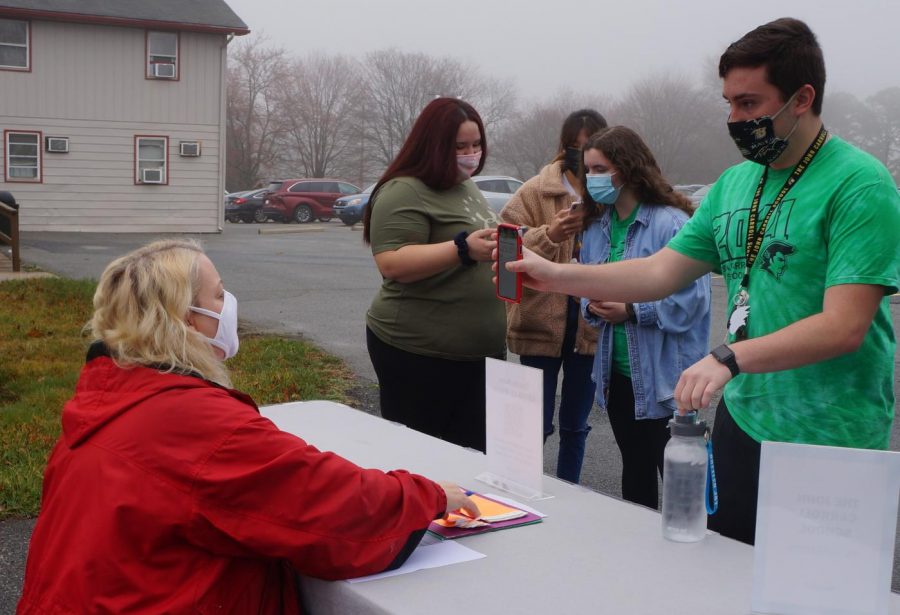 Being that I am only weeks away from graduating from high school, I decided to go back and remember my high school memories – especially the retreats I went on as a freshman, sophomore, junior, and senior.

When I first came to John Carroll, I didn’t know anyone. I came from a small, Catholic, private-school in Baltimore where I had spent my entire life – beginning at PreK-4 and ending at eighth grade. I had known the same 10-12 people in my class my entire time there. When we graduated, we all went our separate ways. I was the only one who would attend John Carroll.
First arriving at John Carroll for my freshman retreat, also known as “Kick Start,” I was nervous. I knew no one and didn’t know who to talk to. I entered the room where everyone was and was greeted with kindness from the other freshmen attending the event. From that point, I knew I would be just fine.
The freshman retreat was a nice experience. We all got to know each other, played games, ate lunch, and overall just had a good time. I think the impact that retreat left on me was knowing that I was in a good place. However, since I became a senior, it has changed to run a different route.
My sophomore retreat took a completely different direction. This time, a small group of students from my religion class took a short bus trip to the Mount Zion Church, located just down the road from John Carroll. At this retreat, we worked with people who were special needs and mentally disabled.
When I first learned about this, I really was not sure what to think of or expect. It was a service retreat, something different from the first retreat. I didn’t know how the day would go, but all of us in our group had a really good time. We played pool and bingo and did many other things with those there. We had a prayer session after the service ended, and that was the end of the sophomore retreat. That retreat basically showed me that even if you are a bit different, you can still have a good time. Many of the people there were cool to hang out with.
The next retreat I had was by far the most impactful one out of the four: the junior retreat. This retreat was held at the Msgr. O’Dwyer Retreat House in Baltimore County. This time, a large group of juniors would be staying overnight at this center with one roommate. At the junior retreat, we did a lot with bonding and stuff related to Christianity. By far the most impactful portion of the junior retreat was near the end of the night. We were all told to pick someone to dedicate our retreat to. This was the most impactful portion of the retreat because of what people had to say during it. It was, to put it simply, upsetting. However, afterward, we had a talent show. I did sing for the talent show, a song called “Riptide” by Vance Joy.
This one really left a mark on me because of how sad some people’s dedications were and showing how everyone supported each other after we finished the dedications. That combined with everything else we did that day and night.
The final retreat I would attend would be the senior retreat. This retreat would take place at the Sandy Cove Retreat Center in Cecil County. Normally, the seniors would take buses up there and spend the night there. However, due to COVID, we had to drive ourselves and spend only one day there.
That one day was enough for us. I had a very fun time. I mostly relaxed with my friends and played games that were scattered around the center, but we also did some stuff relating to reflection and listening to videos made by our teachers, including Ms. Doyle.
The senior retreat was really just a time for the seniors to enjoy hanging out with each other for one of the last few times before graduation. This one impacted me because it made me realize how much closer we are to graduation and why we should make every day count from now on.
As I took the long drive back to my house from the retreat with the sun setting, I thought about my last four years at John Carroll and everything that happened while I have been here.
I still am thinking about everything as we approach graduation. However, one thing I won’t forget is the retreats and the impact they left on me.