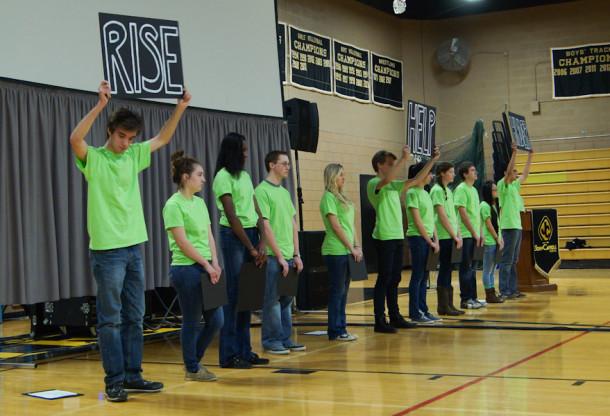 Seniors Daniel Hentschel, Travis Nelson, and William Du raise posters in their presentation before the movie "Girl Rising" which was played for JC students. The seniors that presented will also be participating in Holocaust programs in February.

Photography by Kathy Deaver, Sydney Setree and Erica Kelble   During the weeks of Jan. 24 and 31, the school was off for Martin Luther King Jr.’s Day and the three snow days. The school assembled to watch the movie, “Girl Rising” and JC celebrated Catholic School’s week. Also, Grandparents and parents visited the school and attended Mass as a part of Catholic Schools Week. The girl’s swim team had a meet against McDonogh. Culture Shock also had a fair in the library.