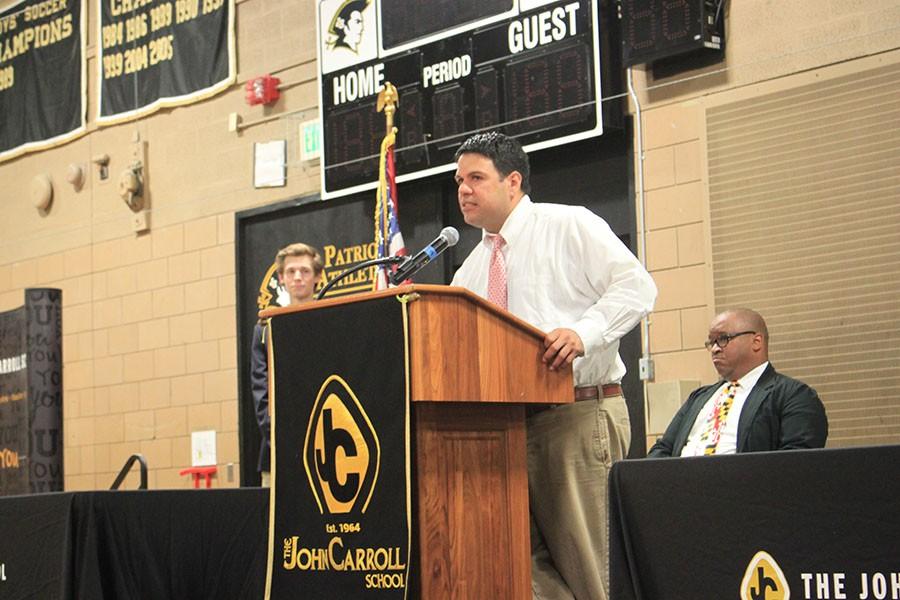 Director of Enrollment Edward Maynard wins the Educator of the year award. He was honored at the Senior Awards May 27.

During the week of May 21, chemistry teacher Shane Lawler took his class to the lab for an experiment. On May 21 class speeches for president and vice president of freshman, sophomore, junior, and senior classes were given. During the week of May 28, the Senior Awards were distributed to seniors who earned recognition in specific categories. At the Senior Awards, the Educator of the Year was announced. On May 29, the Senior Showcase gave an opportunity for people to see all of the senior projects from the class of 2015. At the Showcase the winners of the Black and Gold award were announced.