Students come to JC for improvement 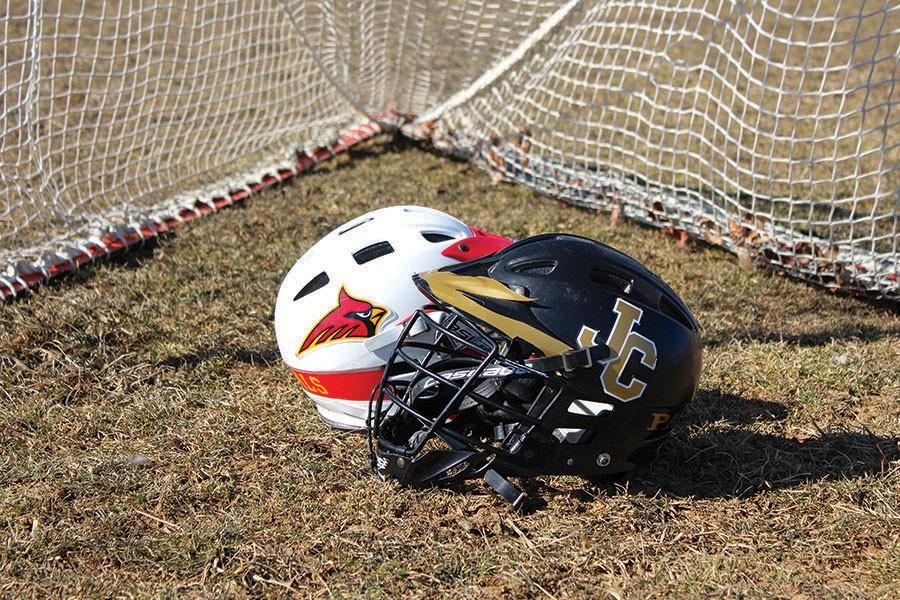 Former Calvert Hall students and lacrosse players practice with their new classmates behind the tennis courts. Athletics are a major draw for transfers, according to Director of Enrollment Edward Maynard.

Over 50 of the new student faces at the beginning of the school year were transfers, according to Director of Enrollment Edward Maynard. Coming from private and public schools, student-athletes are looking for a better-fitting environment for their education and athletic activities.

“Many students transfer in from Calvert Hall, Loyola, or Archbishop Curley, but others do transfer in occasionally from public schools in the area. The reasons for transferring vary, but sports is one of the biggest,” Maynard said.

“I came to JC because Calvert Hall was a long drive and I felt that the teams were chosen unfairly and that I didn’t get a good look from the coaches for lacrosse and football at tryouts,” Jimmy Schall said.

Four-year varsity lacrosse player Cody Saunders has been practicing alongside his teammates and the newcomers for lacrosse this winter to get ready for the season.

“[The transfers] have the same impact as any other player,” Saunders said. “Everybody has to earn it and work hard to earn their spot, especially since we have a great new coaching staff.”

“We have nine prospects coming in next year that scored above the 90th percentile on the entrance test,” King said. “They have to perform in the classroom to perform on the field.”

Because of all the transfers coming in, a great deal of preparation and hard work was needed in order for everything to run smoothly, according to Maynard. He and Enrollment Office Manager Jennifer Falcone assist in the transfer process, among their other duties.

Transfers coming to JC face different things but fitting in can be easier by participating in extracurricular activities.

“I love JC. I actually like coming to school now,” Jimmy Schall said.

“Transferring from one school to another is a challenge, but at JC the warm welcome from students and faculty is why JC makes a good home for any student from any school. Sports is a big way students can connect and become a part of the JC family,” Maynard said.

Eric Johnson is a Sports Editor for The Patriot and jcpatriot.com.

Mike Moxley is a Multimedia Editor for The Patriot and jcpatriot.com.