Swing and Swish: Stephen Curry shooting the lights out

Sports Editor Mike Moxley discusses current events and issues in basketball and golf. Reading this column will keep you caught up with your favorite teams and players. 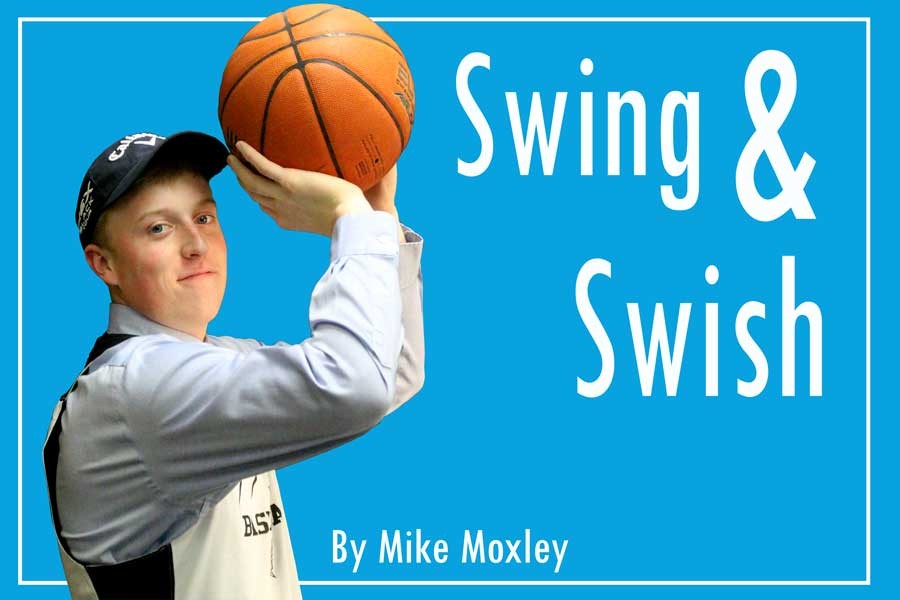 In the NBA the three-point shot is becoming the new dunk. To have a good team in the NBA, three-point shooting is essential. The best team right now, record-wise, is the Golden State Warriors, and their star player, Stephen Curry, is the best marksman in the league.

Curry’s father, Dell Curry, played 16 years in the NBA from 1986-2002. He played for the Utah Jazz, Cleveland Cavaliers, Charlotte Hornets, Milwaukee Bucks, and Toronto Raptors. People would think that with a father in the NBA, Stephen would have an easy ride, but he had to fight to make it to the NBA.

Curry only received one Division I offer, from Davidson University, while in high school. There, he played three seasons and made it to the Elite 8 in the NCAA tournament in 2009 with standout performances, carrying his team in each game. During that cinderella season, Curry led the nation in scoring with 29 points per game. He also averaged 5 assists and 2.5 steals per game.

After being drafted in 2009 by the Warriors seventh overall, Curry shot the ball well, but his team was uncompetitive. As the years progressed, the team improved. In 2013, Curry played his first playoff series, and the Warriors defeated the Denver Nuggets 4-2. They ended up losing to the eventual champions, the San Antonio Spurs, in the Western Conference Finals 4-2.

After a first round 4-3 loss against the Los Angeles Clippers in 2014, Curry took that offseason to improve his ball handling and take his game to a new level.

The 2014-2015 NBA season was a storybook year for Curry. He released his first signature shoe with Under Armour and he also won the league’s highest individual honor, MVP. In addition, the Warriors went 67-15 and went on to win the NBA Finals 4-2 against LeBron James and the Cleveland Cavaliers. During these playoffs, Curry broke the record of three-point shots  made in the playoffs with 98, previously held by Hall of Fame shooting guard from the Indiana Pacers, Reggie Miller with 58.

This season, Curry has started out on fire. It is hard to say he is better this season, but the numbers say that he is. His points per game are up from 24 to 32. His field goal percentage is up from 49 to 52. In 25 games this season he has already had seven 40 point games, three more than last year. Curry is shooting three-point shots as effortlessly as he does lay-ups.

His impact as far as taking over a game is comparable to Michael Jordan. He instills fear in his defenders as soon as he passes half court because he is a threat from anywhere and everywhere. Curry can take a defender off the dribble, pull up in their face, and he makes everyone on his team better. Stephen just demoralizes defenders leaving them helpless.

Making people better doesn’t just involve his teammates. Curry has a younger brother, Seth, who plays for the Sacramento Kings. Seth went to Duke University and spent several years playing in the NBA D-League, working his way up. Seth looks up to his MVP brother for help and is working to shed the shadow of his older brother.

Stephen Curry takes a lot of pride in his faith and incorporates it into everything he does. Before every game he writes two bible verses, as well as his initials on his shoes. One verse is Philippians 4:13 and the other is Romans 8:28. Curry has become a superstar in the NBA and he always gives thanks to God for giving him the gifts he has.

Curry and his team are (record..it changes every day) and are virtually unbeatable. They went down by 23 against the Clippers and came back to win by seven on Nov. 19. Golden State has poise and understanding that basketball is a game of runs, and with their shooting, they can get back into any game.

I think the Warriors break the 95-96 Chicago Bulls record of 72-10, and finish the regular season 74-8 and go on to win the NBA championship for a second consecutive year.

Stephen with his leadership and playmaking ability is unmatched. He is the greatest shooter in the history of the NBA and as of right now the best player on the planet.

Mike Moxley is a Sports Editor for The Patriot and jcpatriot.com.