Sports Editor Emily Stancliff is an athlete with a mission: to inform you, the sports community, about your bad habits. "Here's the Game Plan" will give readers advice about everything and anything, ranging from fuel food to keeping your "cool" during a rough game. 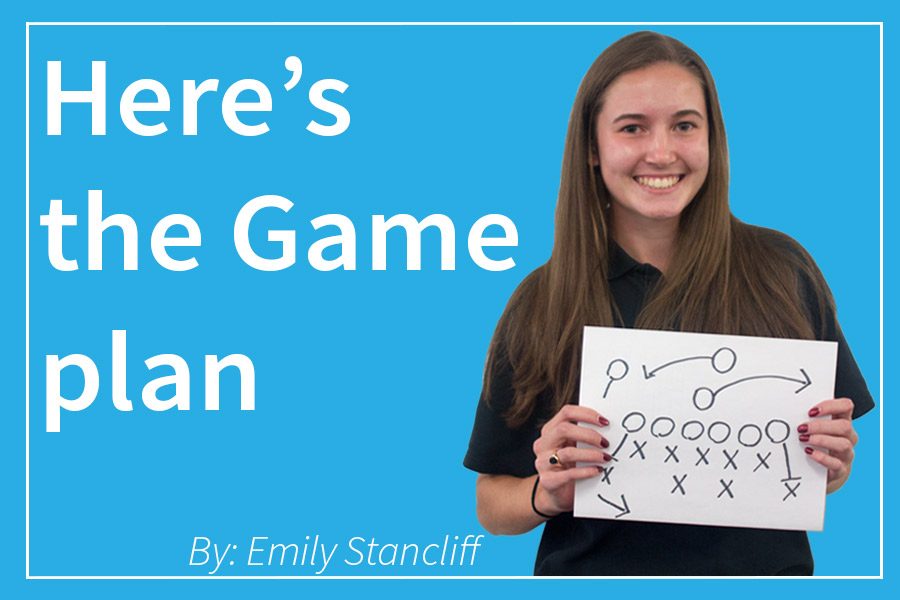 Having grown up in the craziness of youth sports, I have had quite a bit of experience dealing with heated arguments. During a heated game, it is easy to get mouthy with the referees who make those “questionable” calls. In the end, though, refs are in charge of the game, and whatever they say goes.

In those intense, rivalry games, players can be quick to anger or retaliation. In my experience, arguments with the refs usually start with a seemingly “unjust” call. There is nothing worse for a player than feeling slighted by the official for doing nothing wrong.

I would normally recommend to remove yourself from this potentially hostile situation, but with the game on the line, this is often impossible. Instead, you have to find your own way to tame your inner beast.

Throwing your hands in the air, talking back to the refs, or cussing out the other team are some of the easiest ways to get thrown out of the game. If you really need to address the referees, your speaking captain should be told to do so during a suspension of play. You will not only come across as more level-headed, but you will also be given the opportunity to explain and clarify the referees’ calls.

It is not only the job of the players to contain their emotions, but it is also the responsibility of the coach to maintain a level of calm. The coach sets the example for the team, and if they start to get riled up, then you can guarantee that players can quickly lose their composure as well. I think many coaches underestimate the influence that they have on their players, which is crucial to understanding team dynamics.

At the end of the day, everyone is responsible for their own behavior. Let’s all simply take a deep breath, become present in the here and now, and ask ourselves what is important in this moment. You might just be surprised to find the answer.