Week in Sports: Week of May 8 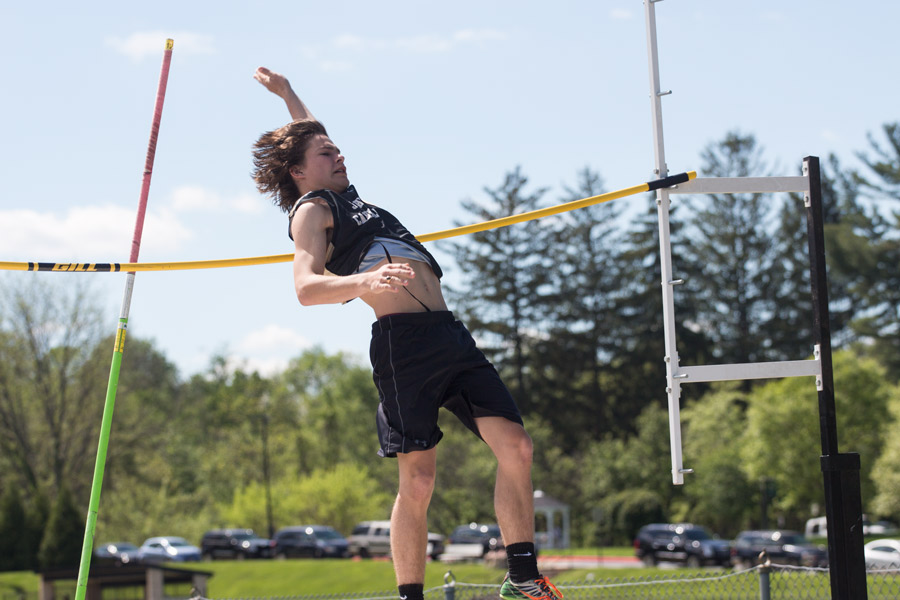 Junior Jared Vogel flings himself over the pole vaulting bar. The MIAA/IAAM championships prelim took place on Wednesday, May 10, at our home track.

The golf team traveled to Boys Latin School of Maryland’s course on Monday, May 8 and lost 7 ½-13 ½. Senior Captain Franklen Lockhart was happy with the match, even though they did not win. “It was a tough match, but most of the team played well, and it got us focused for our playoff match,” Lockhart said.

Playing against St. Paul’s School, the JC varsity baseball team played a close game away and came out with a win of 6-5. Following their win, the team played a home game against Loyola Blakefield on Wednesday with a 1-0 win. Hoping to continue their winning streak, the team headed to Loyola on Friday, May 10 for the MIAA A Conference tournament and lost their first game 5-3, ending their season.

On Wednesday, May 10, the track teams traveled to Archbishop Spalding for the MIAA championship prelims. Junior Evan Tridone set a personal record in the high jump, and sophomore Holly Dixon, along with junior Chika Chuku, qualified in the 100 meter and 200 meter. Juniors Ashlee Kothenbeutel, Chika Chuku, and senior Taylor Brewer also qualified for the 100 hurdles and the 300 hurdles.

Paige Alban is an In-Focus Editor and Anna Sullivan is an Entertainment Editor for The Patriot and jcpatriot.com.