Yoga Under the Lights promotes wellness 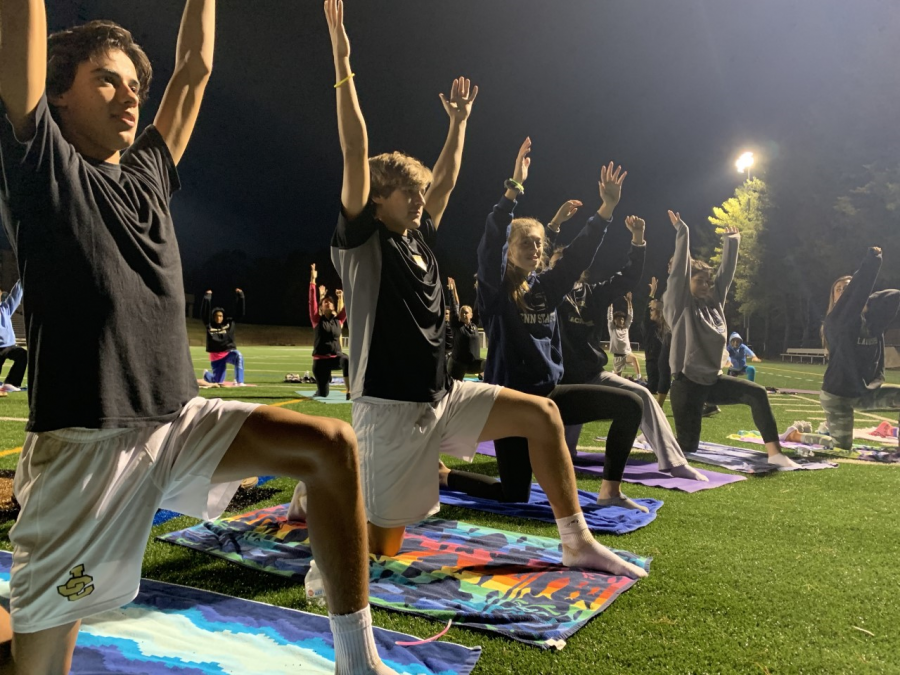 Katie Yurechko’s senior project is all about going above and beyond when it comes to helping the community at JC. More specifically, she describes it as helping “eliminate the stigma and helping everyone to be their best selves.”

Katie started her project by creating the Friends R Family club at JC.

Friends R Family, a foundation started in 2014, is inspired by the hope of removing the clinical and negative stereotypes surrounding mental health.

A yoga instructor from a local studio joined everyone in leading a yoga class. The class included all different skill levels so that everyone could get what they wanted out of the class. Basic yoga poses and deep breathing were the core fundamentals that were taught.

As many people were joined as one under the lights of the Gerry Gray field, Katie handed out glow sticks to symbolize that “we are all glowing here together.”

Katie added, “The goal of the night and glowsticks is to bring home mindfulness in the now.”

Often times everyone can get so caught up in the future and past that it is hard to live in the moment. To bring in this key element of being present, a focus for the night that was repeated throughout the class was letting go of judgment, competition, and expectations.

This is not the end of the Friends R Family club. This is just the beginning as Katie plans to have “smaller events and speakers come to the school throughout the year to target the interest points of all students.”

Everyone is fighting their own personal fight. By having surveys sent out, the club can learn more about what would help the mental health of JC students the most.

Together as a community, it is important to talk about [mental health] so that everyone can work to eliminate the stigma together.