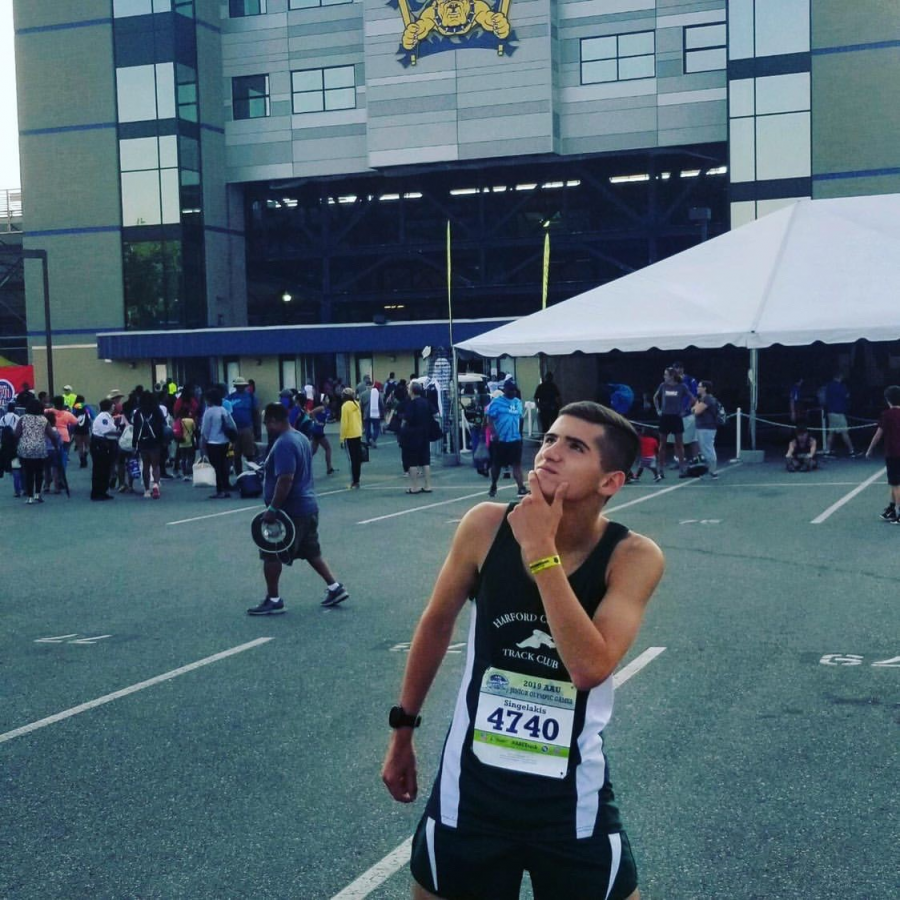 Nicholas Singelakis is a freshman at  who runs on both the outdoor and indoor track teams as a distance runner.  He also is a cross country runner.

Nick’s several major achievements include being able to compete in the AAU Junior Olympics in 2019.

He also set a brand new record for the 3200 meter run in indoor track, beating the original record by two seconds, with his time being 9 minutes, 48 seconds.

“I participated in the Harford County Track Club, and that is where I started to run track in 7th grade,” said Nick on where he began his running career.

“My goals for the school are to be able to motivate and inspire other people to work on their goals and by becoming one of the top runners at the school. I want to be able to motivate and inspire others to say anything is possible as long as you put in the hard work,” said Nick on his goals for running on the track and cross country teams at John Carroll.

To prepare for running, Nick says he has a routine. “I eat an assortment of foods. I have stretches, and I mentally prepare myself for the meet. To be able to compete at this level, I run six days a week, twice per day.”

Nick has faced some obstacles in the past when it comes to running on the track team.

“I have gone through many issues, including over-training.  What I learned is that I’m able to get over adversity.”

Nick is an all-around great runner on the track-team. He hopes to run at a Division I college.

Nick believes that what makes him different from everyone else is that, “I always try to take the extra step, and always I train.”