Cameron West looks toward next opportunity 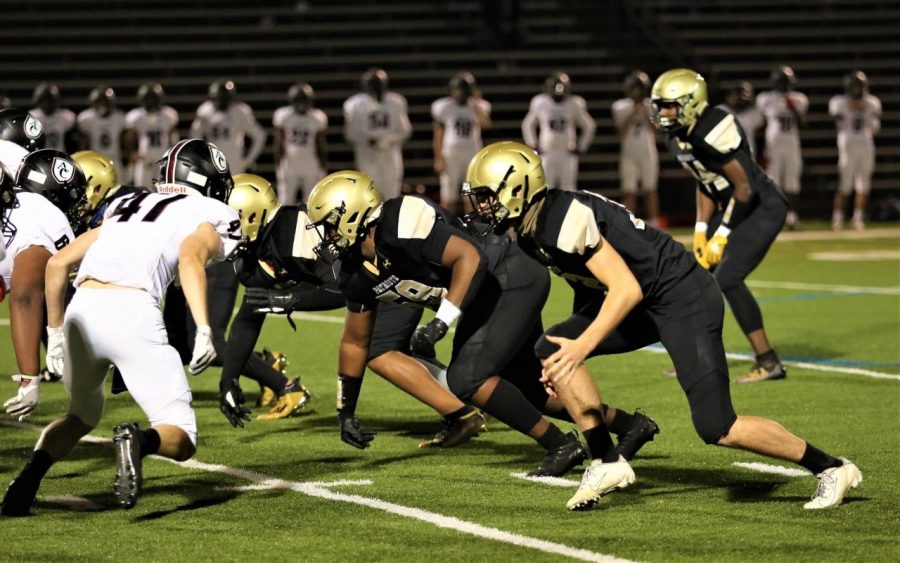 Senior Cameron West has been playing football for a very long time.

He started by playing flag football as a child. Regarding his earliest memory playing sports, Cameron said, “I really remember playing flag football in first grade when my dad coached my brother’s team, and I played up a level to be on that team.”
Now Cameron is a senior whose goal is to play football in college and possibly even at the United States Military Academy. “I hope to be playing college football at the Division I level. My plan is to go to West Point and play football there then make a career out of the Army.”
Playing at such a high level is not an easy task to accomplish. Before players can even be considered to play at the Division I level, they will have to put in countless hours of work and tremendous amounts of effort.
Playing at a Division I level, especially in a military academy, requires student-athletes to maintain their grades and stay on top of their schoolwork. This is another large part of the work that goes into playing at a high level of sports in college.
Cameron has stayed in shape for football by working out and doing speed work. He also tries to stay active in his free time as well by playing other sports like basketball or going to a field with friends to work out with.
Part of the effort that goes into excelling in football is studying the other teams and practicing for specific situations.
Cameron believes what has helped him excel in football is his “discipline on knowing what to do and watching a lot of film so I can be in the right place at the right time.”
An important part of playing sports is staying motivated to do the necessary work. When talking about what motivates him, Cameron said, “What motivates me is my family and teammates; I want to be the best version of myself for them.”
Cameron also commented on how important his family has been within his sports and how they have been a contributor to his success. “My family has always pushed me to be the best version of myself and to give my all.”
When Cameron cited his father as his greatest source of inspiration. “I’ve seen how he’s worked through all the things he’s been faced with, and I think he is a very good leader and successful in his profession. He is the type of man I want to be when I’m older.”
Playing sports comes with both physical and mental obstacles. Football especially requires teamwork to overcome. In regard to how he overcomes challenges playing football, Cameron said, “To overcome obstacles, I come together with the people around me and we find a way to come out on top.”
Cameron also commented on his biggest challenge which is building a name for himself to get into a Division I college sports program. “Moving around a lot, once I finally make a name for myself, I have to move due to my dad’s work.”
With all of the hard work, effort, and perseverance, Cameron has learned many valuable lessons. “Football has taught me to be a leader and to take adversity head on.”
Cameron said if he could give advice to other athletes, it would be to, “Stay consistent and stay positive.”