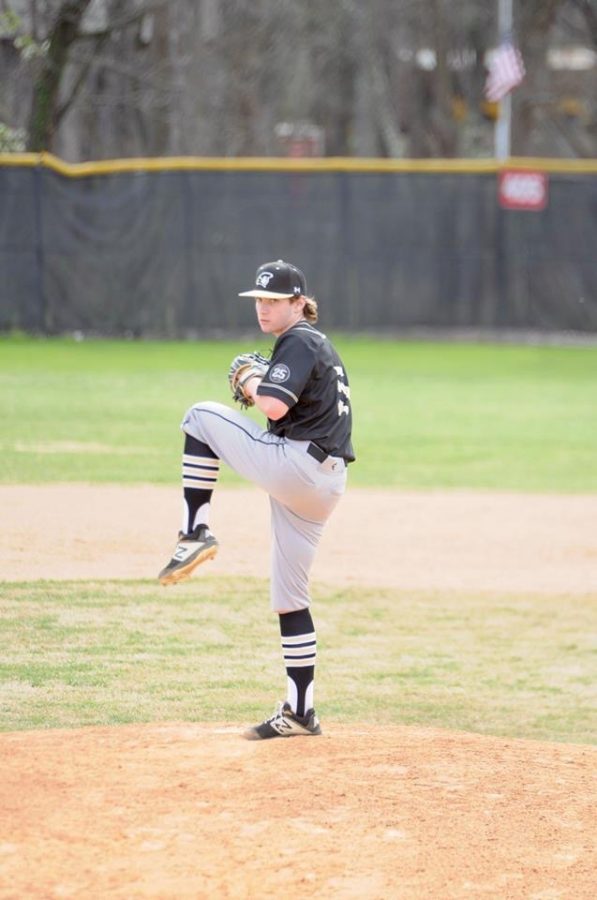 With his family by his side for every inning of every game or tournament, his love for the game grew and grew.
“The biggest influence on my athletic career is my dad,” Michael said. “He has always taken me to my tournaments and has been there for me after every game. Without him I don’t know if I’d still be playing.”
Family is a major theme within the John Carroll baseball program, which is instilled into every player who passes through the program, Michael being no exception.
Throughout his career at John Carroll, Michael, or “Gibby” as his teammates call him, has seen massive growth and improvement both as a student and on the baseball diamond.
The COVID-19 pandemic has affected everyone in different ways and left many uncertain.
In regard to how the loss of his junior season and delays in recruiting and training has personally affected him, Michael said, “The loss of my junior season affected my motivation without all of the games and practices. I didn’t know what to do with myself, so I didn’t do much during that time.”
Recruitment has also affected those aspiring to play collegiate sports. Due to the COVID-19 pandemic, the NCAA implemented a recruiting dead period which began in March 2020 and had been extended to April 2021.
With these recruiting restrictions, it has made life difficult for coaches and players alike. The restrictions prohibit in-person visits with players and coaches in any setting including summer team games.
Michael has been no exception to this, but he still has goals to play in college.
For his current post-high school plans, Michael said, “I am planning on playing for a summer team, but as for college I am still uncommitted.”
Michael, however, has big goals for his senior baseball season at John Carroll before worrying about his summer team.
When asked about his goals for the season, Michael simply said, “I want to win the MIAA and personally hit 86 mile per hour on the mound.”
Ending on top would write a storybook ending to Michael’s four-year John Carroll career—the perfect ending.