Pierce aims for the stars with season goals and beyond 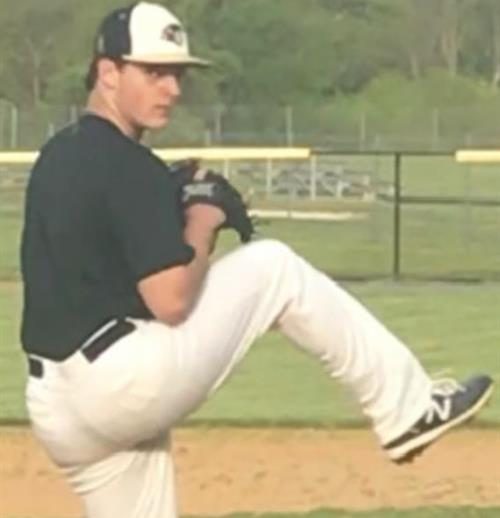 With a dad who played and coached, baseball was in Ben Pierce’s genes. Athletics were always a focus for him as he also played basketball and football.
“My father is my biggest influence,” said Ben. “He’s the one who got me into baseball when I was young. He’s also been my coach for my entire life and has taught me basically everything I know about baseball.”
Baseball is a game of progress and development, and Ben is no exception. His hard work throughout his tenure in the John Carroll baseball program has had the desired effect with not only himself, but his coaches as well.
“I think that my progress has been consistent and positive the whole time. I’ve worked hard throughout my high school career, and I’ve gotten better every year.”
Ben’s love for baseball has propelled his aspirations to play at the next level.
However, as everyone’s recruiting efforts were hindered by the COVID-19 pandemic, it made for a difficult summer season. The NCAA dead period has prohibited in-person visits between coaches and players.
Regarding how the pandemic affected his recruitment, Ben said, “It has made it harder for college coaches to come out and see me play in-person. But other than that, it hasn’t really affected my recruiting otherwise.”
Since, he already has college interests and another summer to showcase his abilities, Ben feels somewhat unaffected by the temporary recruiting rules.
Until then, he has his high school season to worry about.
With his first season on varsity being cut short due to the COVID-19 pandemic, Ben used his time away from game action to work on everything from mechanics to getting stronger and faster.
Now, with the high school baseball season under way, Ben has championship expectations of himself and his team.
His goals are simple: “to continue to get better and to help my team dominate and win.”
As the season begins, Ben, along with his team, have the same collective idea: to win the MIAA crown— a perfect ending to the year.