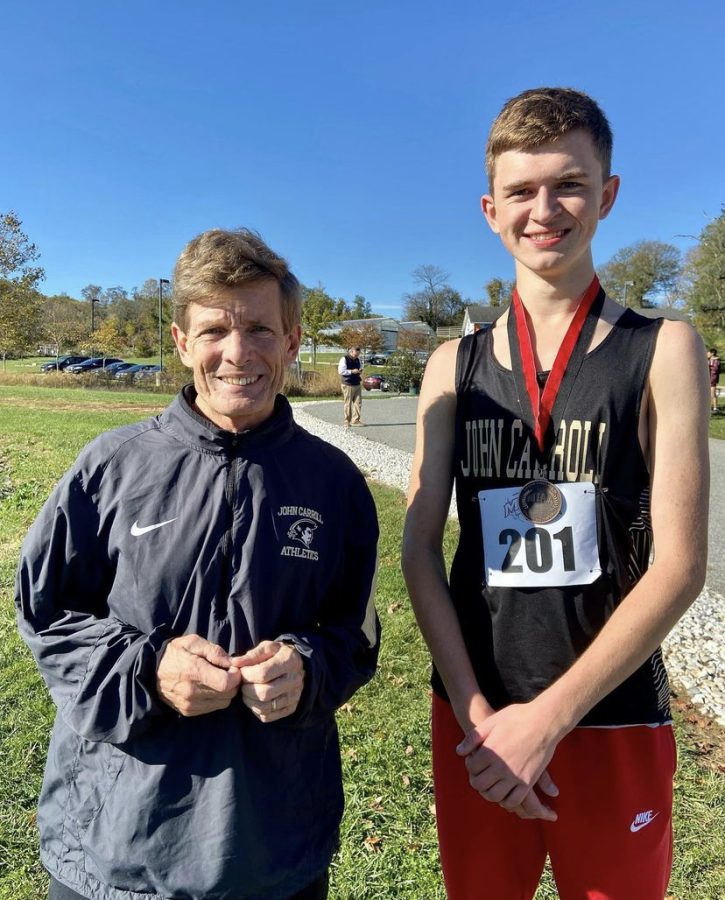 As Jackson Holschuh finishes his senior year at JC, he hopes to inspire others with his passion for his sport.

At the age of three, Jackson found his love for running. Now he participates in cross country, indoor track, and track and field.
Running year-round, Jackson says his favorite sport is cross country in the fall. Cross Country Coach Michael Monaghan said, “Jackson has been a bright spot on our team. He has worked hard over the past four years and has stepped up to become a leader.”
Hard work and dedication have allowed him to have a successful senior cross-country season, and he is hoping for more success in the spring. In the winter, during indoor track, Jackson said he preps for the upcoming season by “putting the miles in during practice and running, when possible, by myself.”
One of his biggest inspirations is Galen Rupp, an Olympic medalist on long distance running. Jackson said, “I used to have a poster of him finishing a race after being spiked by another opponent.”
Jackson said that his favorite track memory was “when I was a freshman, and [‘19 graduate] Sam Cotton told me that I could beat him and directly help my team win the race.”
Team bonding is a major component of cross country and track and field. As a team leader, Jackson strives to bring his team together into a family. This has proven to be difficult as COVID restrictions have made team events difficult to plan, but Jackson has still found ways to bond with his teammates. Mask mandates have also made running more difficult for the team.
After four years of cross country and track, he has three pieces of advice for any athlete. “[Don’t] be so anxious when first joining the team; be a good team member, and organize team events.”
When he is not on the track practicing, he spends his time working, spending time with friends, and “just lazing about.”
After his graduation from John Carroll, Jackson plans to continue his running career next year in college.