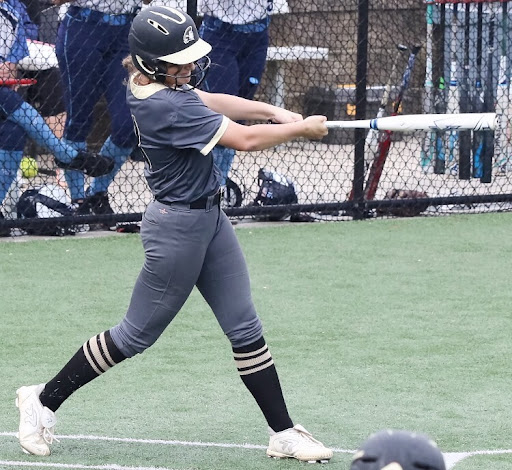 She has played all four years of high school and has been a team captain for two years. Also, last season, she was able to make the All A Conference team for the IAAM league.
She first started playing softball when she was only eight years old and still plays club softball for the Gold Coast Hurricanes. From playing for so long, Bri has created “ever-lasting bonds,” and it means a lot to her. She said, “It pushes me to be the best player I can be, even when I fail.”
For her high school team, Bri plays a few different positions like pitcher and first baseman. Although she may want to play in college, she is still unsure.
To people who are interested in playing, she said, “Don’t be afraid of failure because you will fail a lot in this game. What will make you better is how you react to it.”
Even though Bri is an inspiration to her team, it is really her teammates who inspire her. She said, “They inspire me to work harder every single day.”
This inspiration also relates to her favorite part of playing softball, which is being friends with people who have the same goals as her and want to succeed in reaching their goals. Outside of practices, she likes to also hangout with friends and go to the gym.
Although Bri has been playing for so long, she still finds some parts of softball challenging. She said, “The most challenging part is hitting. Every pitch is something different, so adjusting your mechanics is difficult.”
Bri is excited to be starting off the new softball season and hopes that the team can come together to have a winning record.