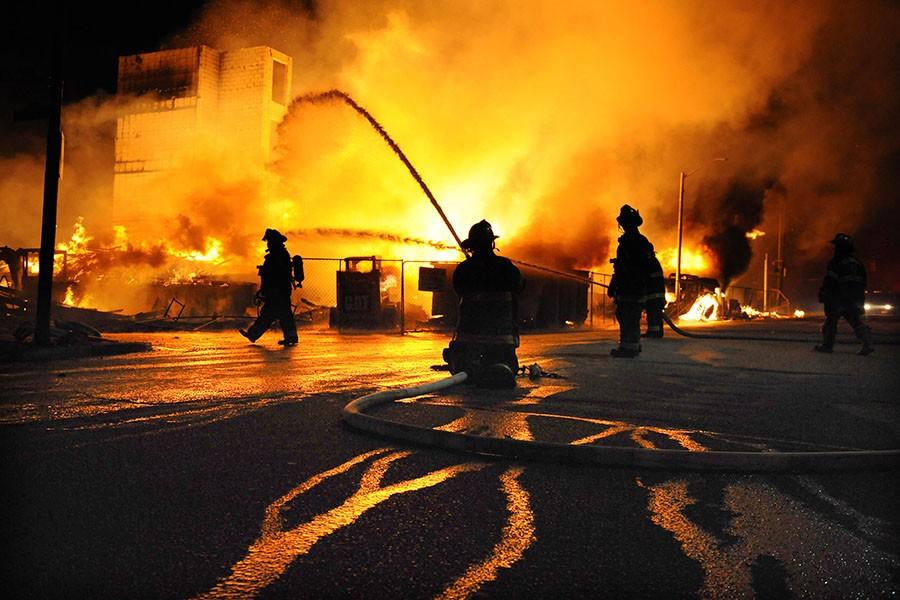 Baltimore firefighters battle a three-alarm fire at Gay and Chester Streets on Monday, April 27, 2015, in Baltimore. It was unclear whether it was related to ongoing riots. (Jerry Jackson/Baltimore Sun/TNS)