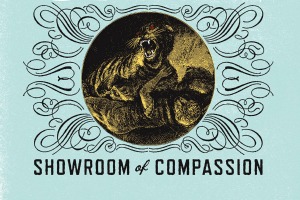 The band is best known for their song “Short Skirt/Long Jacket” that was featured in one of the iconic iTunes commercials.  Cake’s offbeat lyrics have been intriguing and slightly confusing listeners over the course of 20 years and six albums.

The first song on the album, “Federal Funding,” lacks energy and is nothing special. Lead singer John McCrea’s iconic style of talk-singing is missing, replaced by whiny singing that turns this political statement of a song into an annoyance that makes one question why it was selected as the first track on the album.

The next song, however, gives listeners some hope for the rest of the album.  “Long Time” actually has a beat, along with surprisingly understandable lyrics about longing.  The vibraslap also makes its first appearance, which is that quintessential rattlesnake-sounding instrument present in most of the band’s best songs.

“Got to Move” may not sound like the Cake that most listeners know and love, but it’s still one of the best songs on the album. McCrea’s melancholy vocals join with the rest of his band towards the end of the song, creating a sound strikingly similar to the Beatles.

Cake’s lack of energy returns in “What’s Now Is Now,” which is a bleak song about trying to forget a past mistake. “You should’ve told me when it all began/You should’ve told me long ago/Someday I know you’re gonna find/Just one mistake is not enough to change my mind.” While it has catchy instrumentals, the chorus is extremely repetitive with McCrea’s whiny voice singing, “what’s now is now” over and over again.  He should just stick to what he knows best, which is his well-known style of speak-singing.

“Mustache Man (Wasted)” is one of the most instrumentally upbeat songs on the album, similar to “Sick of You.”  It pairs a great beat with random lyrics. “He’s a king dust demon with an icepick smile/His music fills your feathers as you feel your passions fly.”

A solely instrumental song with a puzzling title, “Teenage Pregnancy” begins with a quiet piano solo, sounding almost like classical music.  The song escalates with keyboards, electric guitar and drums, and the only words that can be heard are a couple of incoherent shouts.

“Sick of You,” the album’s lead-off single and one of the album’s best, was released on Sept. 30, 2010 and quickly topped alternative and rock charts.  The song begins with the vibraslap and goes on to verbally slap all of the things that they hate.  This song is vintage Cake, combining upbeat instrumentals with catchy, ranting lyrics that make a bold statement.  “Every camera every phone/All the music that you own/Won’t change the fact you’re all alone.”

“Bound Away” consists of a few strums of acoustic guitar and some insightful lyrics about what it’s like to be a musician on the road. “I’m trying to come home but I’m here with the band/Traveling, unraveling.”  While the folk song quality is unusual for Cake, this song is a favorite off of the album.

A mellower version of Cake’s familiar sound appears in “The Winter,” a song about loneliness and moving on.  “Winter’s trees freezing in the bitter wind and autumn’s leaves have all been blown away/Being in the places where we used to be, somehow being there without you is not the same.”

The band continues their instrumental experimentation with violin and piano in “Italian Guy,” a puzzling song with sparse lyrics aboutan Italian guy.  The rest of the song is instrumental, ending the album with the resonance of violin strings.

While “Showroom of Compassion” is much less upbeat than their five previous albums and may not be their best, the more mellow, laidback sound allows listeners to hear another side of Cake.

But since words can never really adequately describe music, listen for yourselves or go see them live on April 14-16 at the 9:30 Club in Washington, D.C.

Cara Reilly is a Copy Editor for “The Patriot” and jcpatriot.com