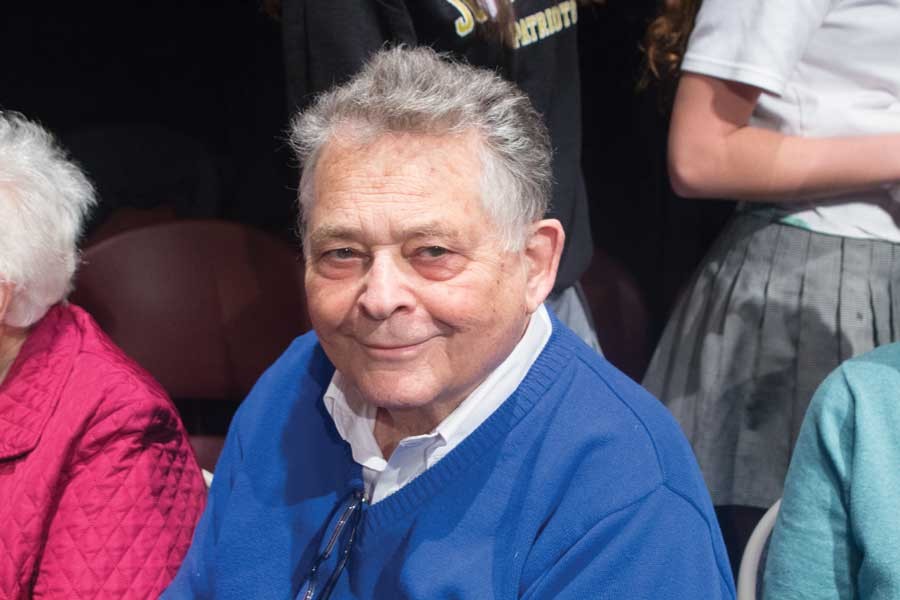 After emigrating from Romania to Israel in 1950, I lived on Kibbutz Givat Brenner.  I left in 1954, completed extern high school education and enrolled in the Israeli Defense Forces (Tzahal), in August 1955, where I served for three years. In 1959, I started medical school in Jerusalem.  After graduation, I specialized in orthopedic surgery in Tel Aviv, at Ichilov Hospital (now known as Tel Aviv University Sourasky Medical Center).  By then, my wife Yaffa and I lived in Netanya, and had started our family, which grew to three children.

In 1976, we moved to Boston, where I had a fellowship at Harvard and Massachusetts General Hospital, for further specialization in joint replacement.  Ultimately we ended up settling in Baltimore, where I worked in my field at Johns Hopkins.  After two years in academic life, I went into private practice in orthopedic surgery at Sinai, North-West, and Good Samaritan Hospitals. My children graduated from Pikesville High School, George Washington University, University of Pennsylvania, Duke, and NYU Law School.

My parents originated from somewhere in Transylvania, my mother from Ditrau and my Father from Barum-Laca in Bihar district.  My maternal grandfather had three children (my mother and her two brothers). The youngest brother emmigrated to Israel in 1938.  Grand father owned a lumber and wood processing factory in Gheorgheni where we lived.  His older son, my father and his five brothers worked there.  My paternal grandparents were retired and lived next door to us in Gheorgheni.

In summer of 1940, Transylvania, which had been an “autonomous Hungarian region” in Romania, became the Hungarian district of Erdej.  In June 1942, my father, along with all of his brothers and my maternal uncle, were taken to forced labor, slaving for the Hungarian soldiers fighting in Russia, along with the German army. During their retreat from Stalingrad in 1943, my father died.  The news reached us only later in the summer!

Little did it help!  In May 1944, we were gathered into the Ghetto and transported to the brick laying factory, a dubious honor granted to all the Jews being rounded up to be transferred to the camps of the ‘final solution’ in  Auschwitz and the like.  Three transport trains of cattle wagons, with 100 to 120 fellow Jews in each wagon, departed from Debrecen brick laying factory. The trains traveled three to four days, in horrible conditions, to their destination, unknown to us at that time.  I remember being told that the grownups will be in a “Labor Camp”! All our efforts to be in the third train, with some of our friends, failed. The first and third trains reached their intended destination : Ausshwitz extermination camp…

We were in the second train! We ended up in Strashoff, Austria, outside of Vienna, and subsequently in a school building as our Lager, next to Schonbrun palace in Vienna! Unbeknown to us at that time, trains one and three reached their original destination (Auschwitz), and very few returned alive from their ordeal.

My other relatives were not so lucky. Those surviving the forced labor camps,  had returned to Gheorgheni, and in summer of 1944 were taken to Auschwitz, along with my paternal grandparents.  Only two uncles returned, my mother’s older brother, and youngest of my father’s brothers.

The rest of my entire family perished in the extermination camps of the German final solution of the Jewish problem.

In Vienna, My mother, grandmother, and grandfather left the school, escorted by the German soldiers, to work in  rebuilding the bombarded Vienna. I did not know who to root for daily: for the overflying groups of American bomber aircrafts, destroying the German and Austrian enemy, possibly hitting my family while out there, or for the anti- aircraft fire preventing some of the attacks.

As a seven year-old boy, I stayed in the Lager, and did nothing for nearly a year.

April 14, 1945 arrived none too soon. After two to three days of constant shelling, the first Russian soldiers, carrying their automatic guns, were seen running in the streets.  The next day, feeling free and finally liberated, we started walking to Budapest.  We were liberated! Hurray! Just the Russian soldiers demanded their payments, robbing us! In the group we walked with, the young and not so young females were attacked; the defending males were beaten. We were afraid to sleep in buildings and spent the nights in the fields, between potato rows. We arrived to Budapest after 2-3 weeks of marching in zigzags between hating villagers and Russian encampments.

The saga did not end here: upon returning to Budapest, we were greeted with calls of  “more Jews came back than left”! We went back to Debrecen. Unfortunately the only house bombarded on the entire Arany Janos street was our home.  Finally we went  back to Gheorgheni into the now again Romanian Transylvania. This was a community that before the war had 1000 Jewish members, my family having been one of the most prominent ones. Had a thriving community life and a large synagogue . After the war only some ninety members came back, and I was the only child who returned!  When I turned 13, my bar mitzvah was in the courtyard of the synagogue  (opening it required official permission from  the communist authorities).  At 6:00 a.m. on a cool morning, present were the shochet and my stepfather.  My grandfather could not walk the distance.  I laid my teffilin, said the brachot, had a drink of tuica, and went to school.

My mother had remarried, and seemingly I led a more normal life.  My surviving maternal grandparents immigrated to Israel to live with their youngest son until they passed away in piece, in mid 1950. However, my stepfather missed his former family lost in Auschwitz: their picture was always prominent. His wife had a  resemblance to my mother, and his two children, whom I had personally known from before  the war, were a constant reminder that I was taking their place. This was clearly communicated to me in no uncertain words. So my presence was emotionally not always desired…

Our aliyah to Israel kind of closed the circle. My stepfather became ill. My mother became the main provider, in spite of the fact that she had no employable  skills. I was dispatched to a kibbutz.

The story from here is where I started above.