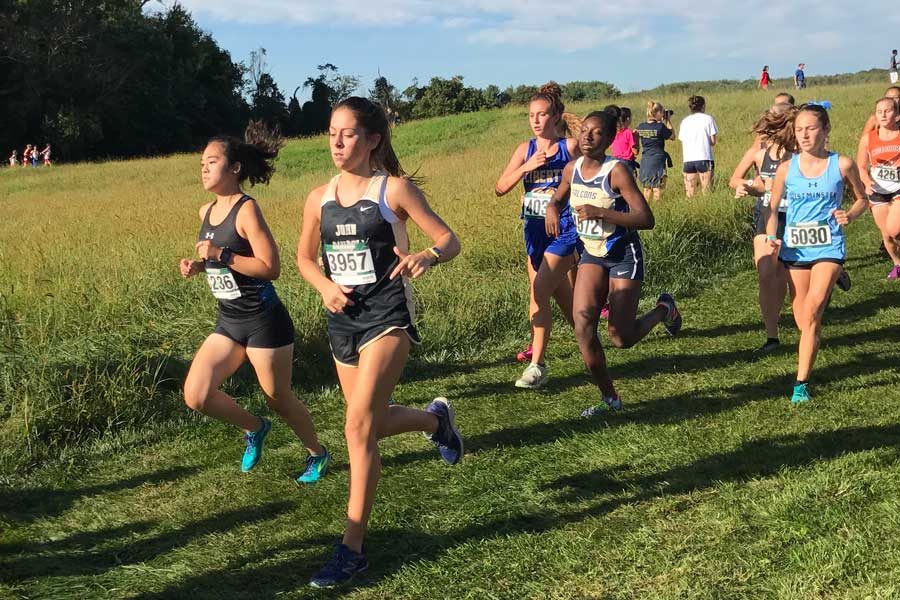 Senior Carly Cobo races to the finish line at the Spiked Shoe Invitational at Stevenson University on Saturday, Sept. 23. The women’s cross country team finished their season in last place at the IAAM A Conference championships 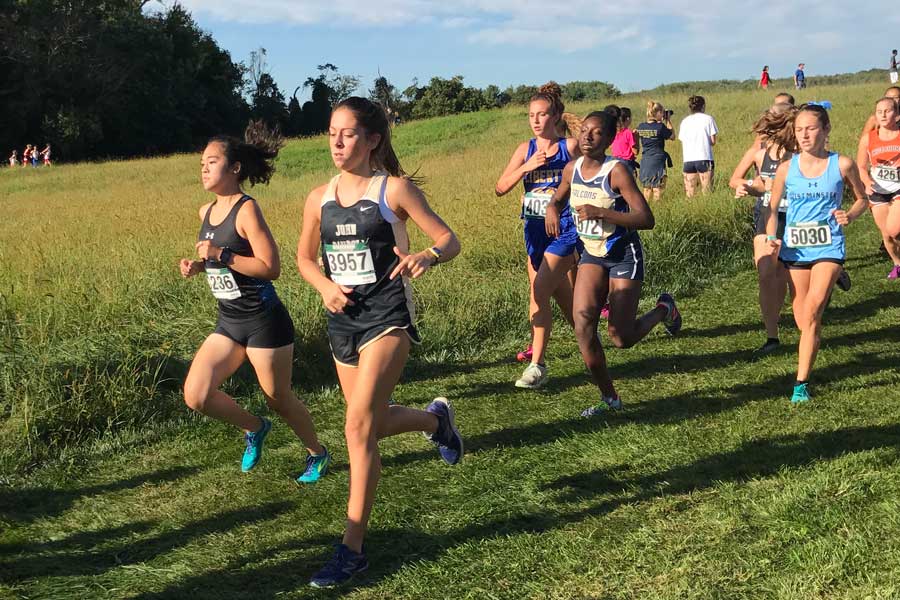 With numbers down this year, the women’s cross country team had a rough season, finishing 0-7 in the IAAM A Conference. However, they placed 15 out of 24 teams when competing against all of the conferences at the IAAM championships.

Although it was a disappointing season, senior Carly Cobo enjoyed her final year running cross country. “My favorite part were the practices. Running with people, we would always have a lot of conversations and we got to know each other pretty well because when you’re stuck running with everyone we would just talk to keep ourselves entertained and keep our minds off of running,” Cobo said.

Women’s cross country coach Robert Torres believes that the team was not completely prepared for season. “Really only the top two girls put a really good solid summer in, so we were kind of behind right from the start. So we had to build up when we should of been past that phase,” Torres said.

Ideally, Torres would have liked to have had hard, intense workouts starting in August, rather  than spending that time building up for the season. With a slow start to their season it wasn’t until their final race that the team reached their top performance.

For Cobo, it was difficult to push through the season after losing races. “I think the hardest part was keeping a positive attitude at the meets, a lot of us had doubt and a lot of negativity but our captains, Rosemary [Gillam] and Laura [Amrhein], would put a positive spin on it,” she said.

The championship race overall was the best run for the team. “[My favorite part was] the championship meet, the fact that they all came together and ran really well, and finally realized all the work does pay off,” Torres said.

The team is looking for young runners next year to help rebuild from the loss of their seniors. “We’re losing our top two girls, which carried us, and a bunch of other seniors that were scores for us. We need some good, young talent to come in next year,” Torres said.