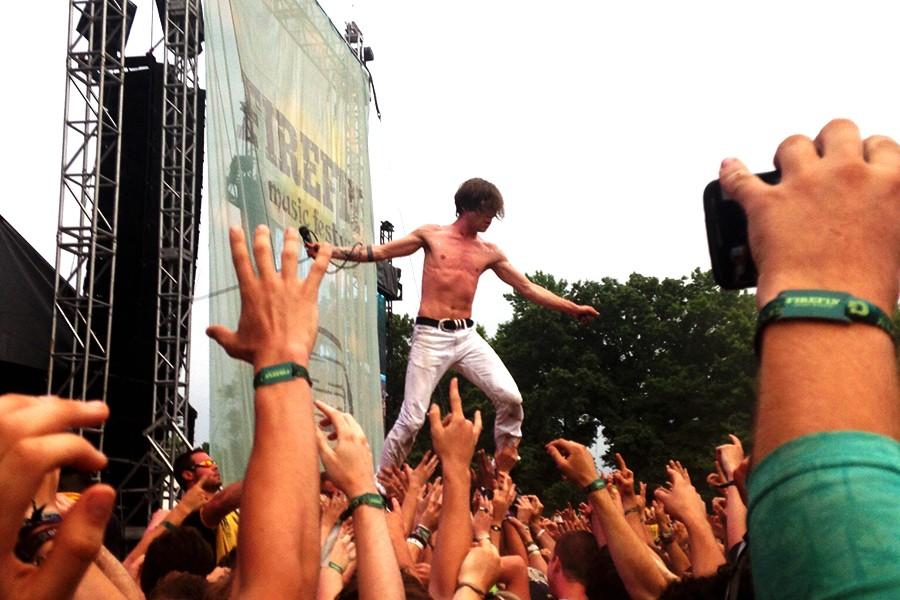 Matt Shultz, lead singer of the band Cage the Elephant, surfs the crowd at the Firefly Music Festival in the summer of 2014. Firefly takes place over a four-day span every June and features around 120 bands.

As the summer approaches, students, young adults, and even parents in the Maryland and Delaware areas anticipate the return of the Firefly Music Festival. This year the festival will be held June 18-21 at The Woodlands in Dover, Delaware.

Senior Brad Smith, who attended Firefly last year, is already planning on going to this year’s festival. “I am extremely excited for Firefly this year,” Smith said. “It was such an awesome experience.”

Firefly spans a 4-day period so thousands of people come and use the campgrounds for tents and cars. Some even stay in hotel rooms. For those who choose the hotels, they have to transport themselves to the festival each day.

According to Firefly’s official website, “tent camping is the most popular way to experience Firefly. With over 70,000 campers across the Firefly camping grounds, you’re sure to make new friends and walk away with some good stories at the end of the weekend.”

Recently, the 2015 lineup was released, revealing 120 bands and musicians. They range from popular artists including Hozier, The Killers, Bastille, and Empire of the Sun, to upcoming artists such as Bad Suns, Max Frost, and Twin Peaks. 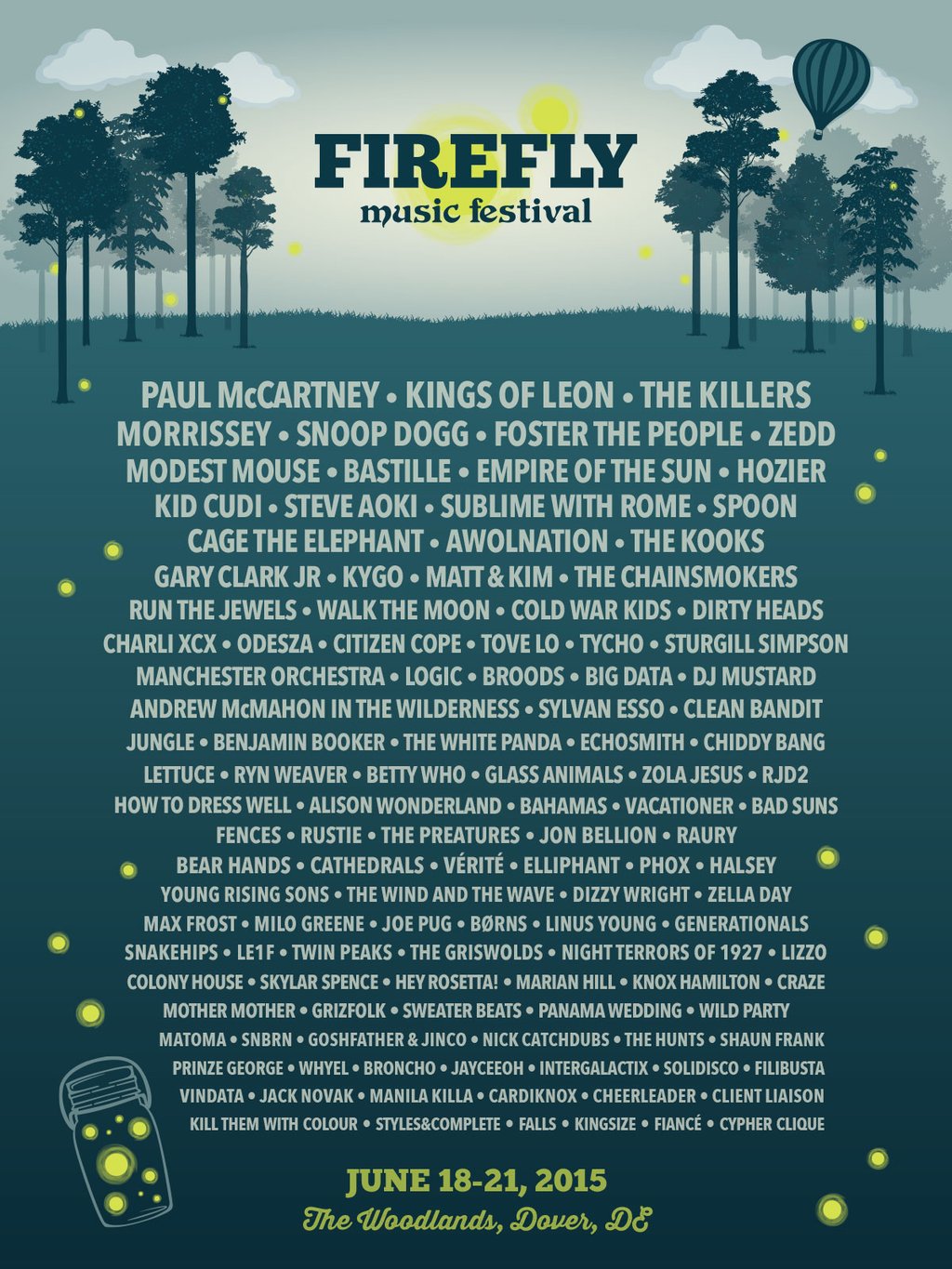 Junior Faith Ensor plans on attending Firefly this year and is excited by the performances in store. “The lineup is amazing and I’m sure the whole experience is going to be awesome,” Ensor said.

This wide range of music offers countless opportunities to experience dozens of different artists live and some new styles and music types. However, for those “veterans” of the festival, this year’s lineup lacks some of the variety of previous years.

“The lineup this year is great but not as good as last year’s. Last year’s line up was stacked with a lot of really great artists,” Smith said.

Junior Preston Thomson, who also attended last year, agrees with Smith. “I don’t know yet if I’m going to go. This year’s lineup isn’t nearly as favorable as [the] previous year’s. But, no matter who plays, you’re going to have a great time,” Thomson said.

Firefly is truly a unique music festival that offers more than just concert after concert. It includes a large farmer’s market inside the festival, a cafe with live music playing all day, a “hammock hangout” where people can go to rest, and countless dining options.

Tickets for this year’s event were released on March 2. A general admission 4-day pass for the festival ranges from $249-$329. An additional cost ranging from $149-$169 is required for those attendees who wish to campout.

Claire Grunewald is a Lifestyles Editor for The Patriot and jcpatriot.com.

Mitch Hopkins is a News Editor for The Patriot and jcpatriot.com.