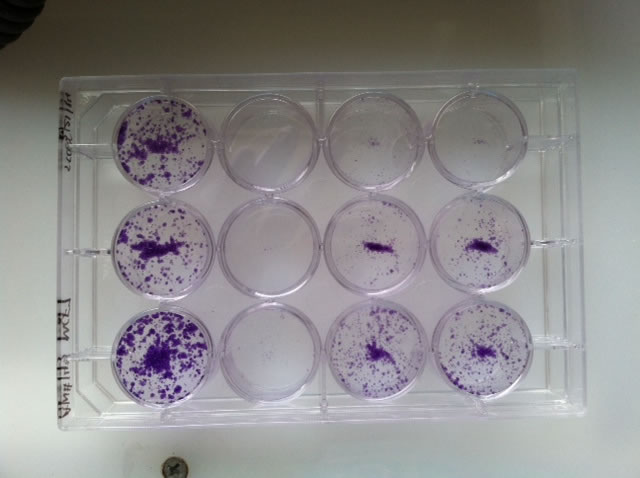 The purple dots represent how effective certain treatments are for breast cancer. Senior Kayla Bynion tested and recorded her findings in a cancer research lab at the John Hopkins University for her Senior Project.

“Senior Project is one of the best things that has ever happened to me,” senior Kayla Bynion said.

Bynion, whose Senior Project consisted of her interning in a cancer research lab at the John Hopkins University, loved every minute of her experience.

Bynion’s inspiration for her project came from one of her closest friends, Xavia Pirozzi, who passed away after a long battle with cancer. Pirozzi, who suffered from a type of cancer called non-Hodgkin’s lymphoma, was a key reason behind Bynion’s path in this project.

Bynion’s project required her to work with a team of scientists to test different treatments on breast and colon cancer. At the end, Bynion wrote an official lab report on her team’s findings.

“Ironically, the hardest part of my project wasn’t being in the lab and trying to understand what I was doing. My hardest part has been trying to explain to everyone what exactly it was that I did,” Bynion said.

Bynion’s internship was able to help her confirm her desire to enter the medical field. “My project helped me decide the direction I want to take in my life and prepare for in college,” Bynion said. “For other people, I hope that the research I did can be used to get one step closer to finding a cure for cancer.”

Bynion couldn’t imagine her project going any better. “I learned so much in such a short amount of time, and I think it’s an experience that everyone should have.”

Hanna LeBuhn is a Lifestyles Editor for The Patriot and jcpatriot.com. 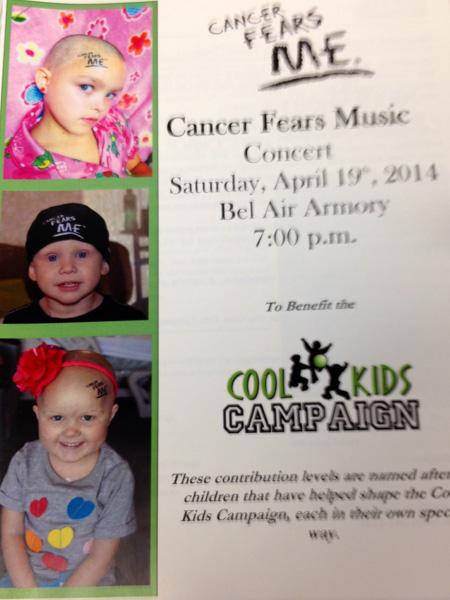 Senior Matt Wagner’s poster displays the details of his Senior Project. His project was a musical event to raise money for kids with cancer.

“My grandfather fought Stage Four non-Hodgkins lymphoma for many years, so I know on a personal level how a cancer diagnosis can affect the emotional well being of the patient and their family,” senior Matt Wagner said. “I wanted to use my passion for music to help people.”

“My project is called ‘Cancer Fears Me,’” Wagner said. “I created a benefit concert for the organization ‘Cool Kids Campaign.’ They help children with cancer to live better, happier lives.”

Wagner’s benefit concert took place on April 14 at the Bel Air Armory. “The first step to getting my project started was finding a venue and getting funding for it. When I was buying my car, I had the chance to talk to the sales manager at Bel Air Honda about my senior project. The sales manager, Terry Hanley, was formerly the Bel Air town commissioner. He said that he had worked with Cool Kids before and would do anything he could to help me.” Wagner said. Hanley covered the cost of the Armory for Wagner.

Wagner’s largest challenge was finding bands willing to play at the concert for free, as well as successfully advertising for the show. Wagner sent emails to the JC community advertising his event.

Not only did Wagner create, plan, and set up for the show, he was also in it. “One of my favorite moments from the concert was when I played ‘Sweet Caroline’ [the opening act] with [my uncle] Tom Sheppard,” he said.

“I feel really relieved that my project is finally over,” Wagner said. “I’m very proud of what I have done. I was able to raise $2,201 total for Cool Kids Campaign.”

Wagner not only raised over $2,000 for his cause, but he learned along the way. “This project has given me a better understanding of what it takes to create an event of this scale,” he said. “I have developed networking skills, made connections, and learned how to be a better and more effective leader. These are all useful, real life skills.”

Lauren Glase is a News Editor for The Patriot and jcpatriot.com. 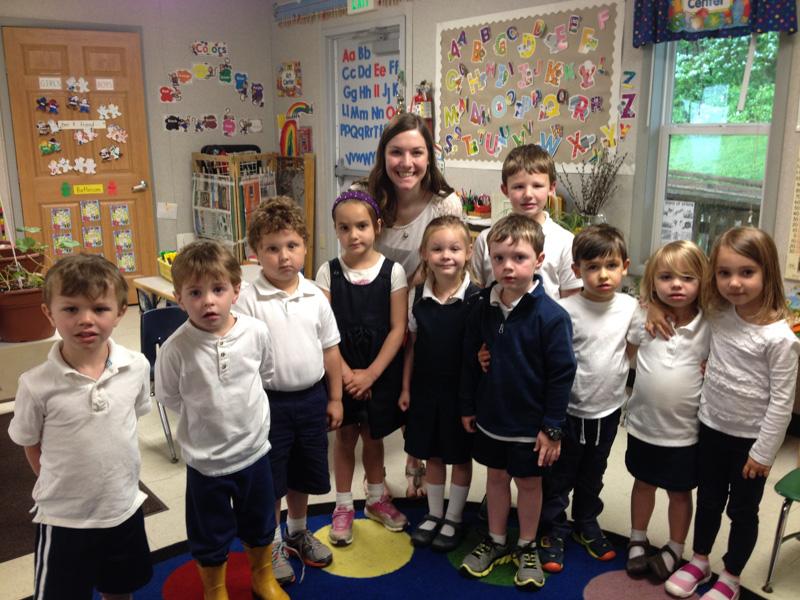 Senior April Moscati poses with the pre-k 4 class at Saint John the Evangelist School. Moscati volunteered at the school, where she worked one-on-one with students, helping them with their writing and reading skills.

“Finally being able to communicate with my little brother is so incredible,” senior April Moscati said.

For her Senior Project, Moscati learned American Sign Language at CCBC Essex and taught it to her little brother Sam, who cannot verbally communicate very well.

Moscati’s brother, Sam, was born in 2002 and was later diagnosed with Worster-Drought Syndrome, which is a form of cerebral palsy.

“My family and I can, for the most part, understand what he is trying to say, but for others it is difficult to understand him,” Moscati said. “Seeing him struggle broke my heart, so I took matters into my own hands, and have been teaching him sign language for the past 12 weeks.”

In addition to teaching sign language to her younger brother, Moscati also volunteered in the pre-k 4 classroom at Saint John the Evangelist School in Hydes, where she worked one-on-one with students, helping them with their writing and reading skills.

“While at Saint John’s, I also helped the class practice some of the sign language they have been learning,” she said.

According to Moscati, her biggest challenge was the amount of time it takes to learn sign language. However, “Sam is learning fast, and hopefully in the next year or so he will be a pro,” Moscati said.

In addition to learning ASL to teach it to her brother and pre-school students, Moscati’s Senior Projected helped her to explore a possible career field.

“I decided to volunteer at my old pre-school because I’ve always felt like teaching would be a good career for me to pursue and I love working with little kids,” she said. “I found that in one week of being in the classroom and working with the kids that it is something I love doing.”

Billy Jump is a Copy Editor for The Patriot and jcpatriot.com.