Living with an addict 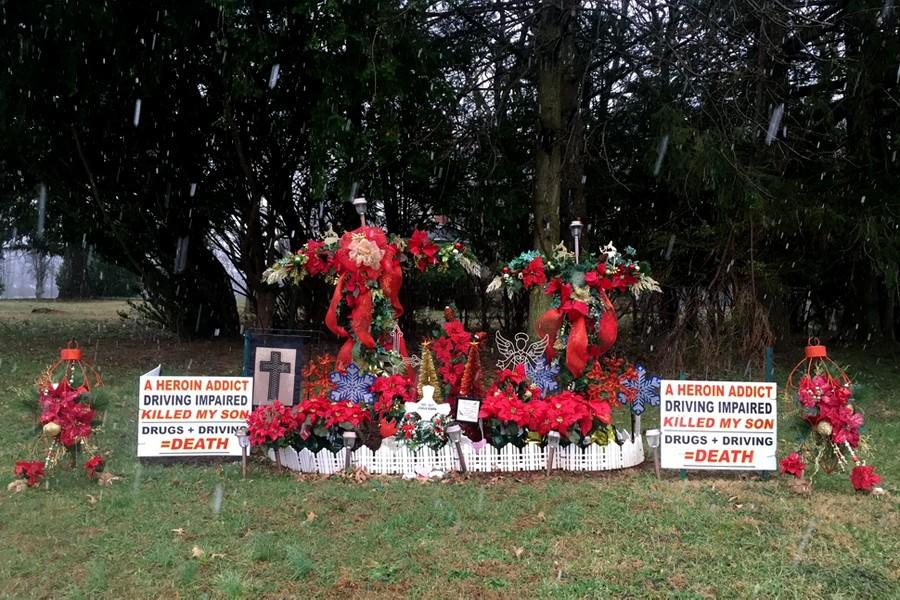 A memorial of a son who lost his life to heroin addiction is displayed on Route 22 in order to raise awareness. This is one of the many families that have lost a loved one or have been affected by heroin addiction.

Mark Anderson stares at the track marks on his 21-year-old daughter Melanie Anderson’s arm as a police officer pulls up her sleeve during her arrest. Devastated, Mark feels naïve that he didn’t realize sooner how serious his daughter’s addictions were.

Hours later, the family sat in a circle in a hotel room near Ripken Stadium. They read heart-wrenching letters expressing their sadness towards her addiction and the necessity of proper treatment.

After that day, everything changed.

“It’s made everything a lot more serious for us. It’s had a huge effect on our family,” junior Amy Anderson said about her older sister’s addiction. “It seems as though almost everything we do revolves around her problems in general.”

Amy, Mark, and Melanie Anderson are pseudonyms used in order to protect the identity of the family.

As the Anderson family knows, the first  dose of heroin not only consumes the life of its victim, but it also damages the victim’s family, forever.

“They [teenagers] need to be aware that once they step into that pool, they may not be able to get out, and it’s going to affect their entire life,” Mark said. “Even if they get into a recovery phase, they’re always recovering for the rest of their life because they can always relapse.” 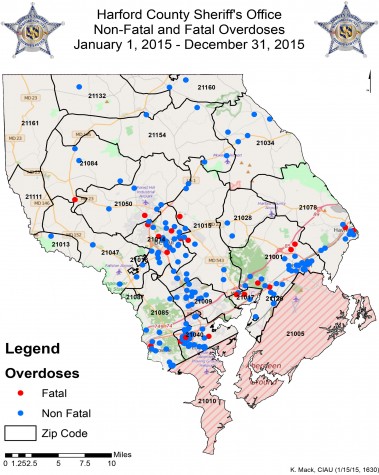 Melanie, now 27, nurses a 10-year addiction to heroin that can be traced back to addiction problems that surfaced around age 15 or 16 with drinking alcohol and smoking marijuana. According to Amy, Melanie had always referred to herself as the “rebellious one” and surrounded herself with people who got her into trouble.

Besides her friends, Melanie was heavily influenced by her boyfriend of three years who attended C. Milton Wright. “My parents didn’t like him at all, and they just didn’t support the relationship, but obviously they couldn’t really tell her not to be with him,” Amy said.

Once Melanie had developed an addiction to heroin, the family started to notice changes in her. “She became really skinny, and she never had much color to her. [She was] really pale, very tired, just all the common symptoms you would associate with that [heroin],” Amy said.

According to Mark, “it took away her focus, her drive, her ambition, [her] confidence, [her] ability to cope, and in some regards, her personality.”

Melanie began to beg her parents for money so she could feed her addiction. According to Amy, the family knew what she was putting the money towards and refused to give her any. This led to the common occurrence of physical and emotional outbursts while she was living at home.

According to Amy, she would find syringes and caps on the bathroom floor. While Melanie was struggling with heroin, she also became addicted to prescription medicine such as Oxycontin and Xanax. “We didn’t know how serious her problems were until we had an intervention,” Amy said.

Although Melanie willingly went to Father Martin’s Ashley, a treatment center located in Havre de Grace, Md., this was only the beginning to a long recovery process. “It’s hard at that point for an addict to really care about what other people are saying when they’re so focused on what they need,” Amy said.

Since then, she has been in a dozen rehab places due to relapses. Two months ago, Melanie relapsed again and was sent to a rehab center in Boca Raton, Fl. “It’s made everything a lot harder for our family because of the expenses of sending her to rehabs, and it’s also been emotionally hard on my parents because they want me to have a normal life, but we have to deal with this,” Amy said.

According to Mark, the hardest part about having a child fight an addiction like heroin is the fear of “getting a phone call in the middle of the night from the police telling you, ‘Your child has overdosed.’” Melanie has experienced two near-death situations before, one when she was 26 and another when she was 27. According to Amy, the family was left disheartened and frightened.