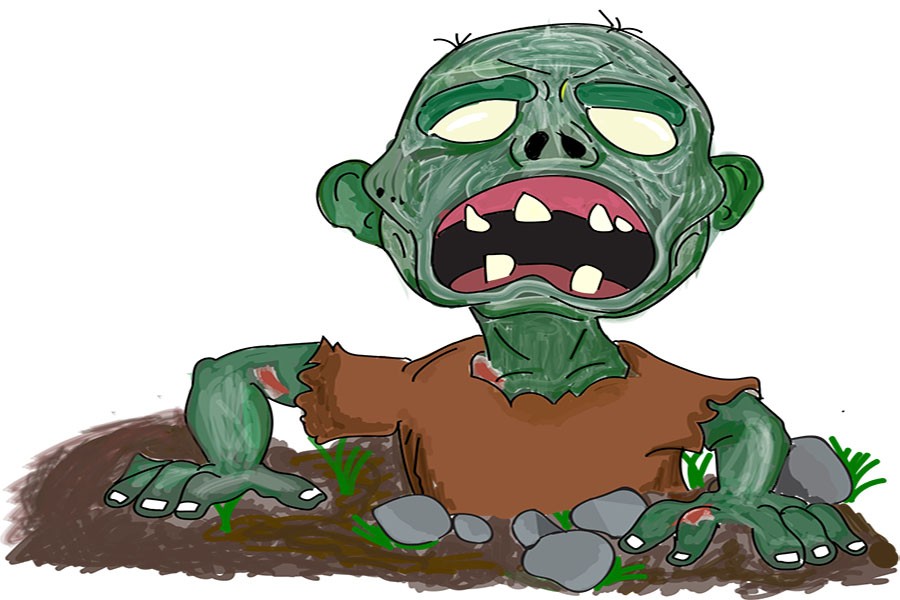 Straight from the grave

In the monster-movie pantheon, vampires and werewolves exist on one end of the spectrum, romanticizing superhuman strength, supernatural powers, and no conscience. On the other hand, zombies symbolize lifelessness and a constant hunger for brains. Between the two, zombies seem the less menacing option, so why fear them?

Why is it that people fear the idea of a zombie apocalypse when zombies are understood to be gross, but not dangerous? In an interview 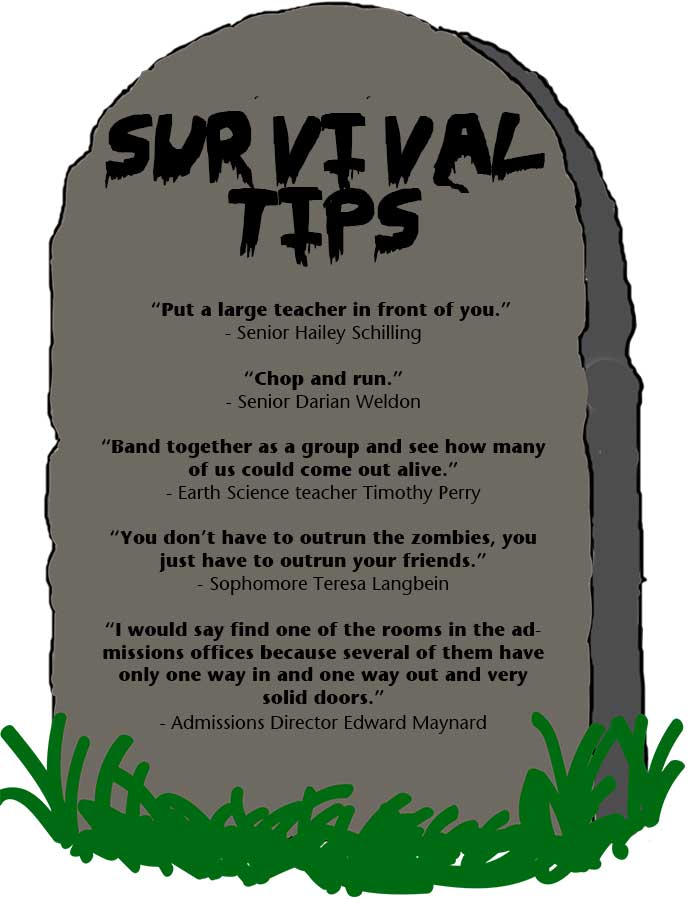 with BBC, Max Brooks, author of “World War Z: An Oral History of the Zombie War,” explains why the possibility keeps the living in fear of the dead.

“We’re living in very uncertain times,” Brooks said. “People have a lot of anxiety about the future. They’re constantly being battered with these very scary, very global catastrophes.”

With the help of media, the phenomena of zombie apocalypses have contaminated the minds of the living. According to Forbes, the season five finale of “The Walking Dead,” a zombie-based television show, is estimated to hold the record as the most watched hour on cable.

“I watch ‘The Walking Dead’ because it’s fun. There’s lots of action, and it’s cool to watch something that could actually happen to me,” sophomore Ryan Griffin said.

Scientists have been trying to find an explanation for the possibility of a disease that would inflict zombie-like symptoms. According to The Huffington Post’s Weird News, one of those theories is called “Toxoplasma Gondii,” that states that a little parasite overrides the behavior of its host.

“With all the viruses in the world and parasites, there’s probably one that could take over a host body and potentially start a zombie apocalypse,” Griffin said.

Although scientists have theories, it is not enough to convince the people that the possibility of an apocalypse is high. According to a survey conducted by The Patriot of 241 students, 32.22% of people think that it will never happen.

“I think it is very unlikely that a zombie apocalypse could happen because there’s never been a zombie before so why would everyone suddenly become zombies,” freshman Joshua Robinson said.

In the case of a zombie apocalypse, you can count on these faculty members to lead the fight in the wastelands of the undead. 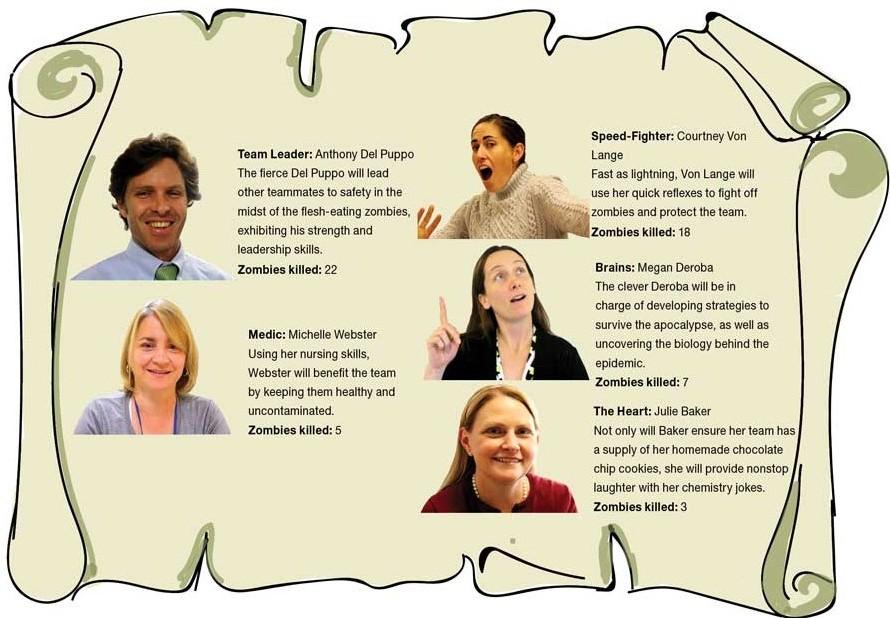 Caroline Cooney, Lilly Stannard, and Katie Sullivan are In-Focus Editors for The Patriot and jcpatriot.com.