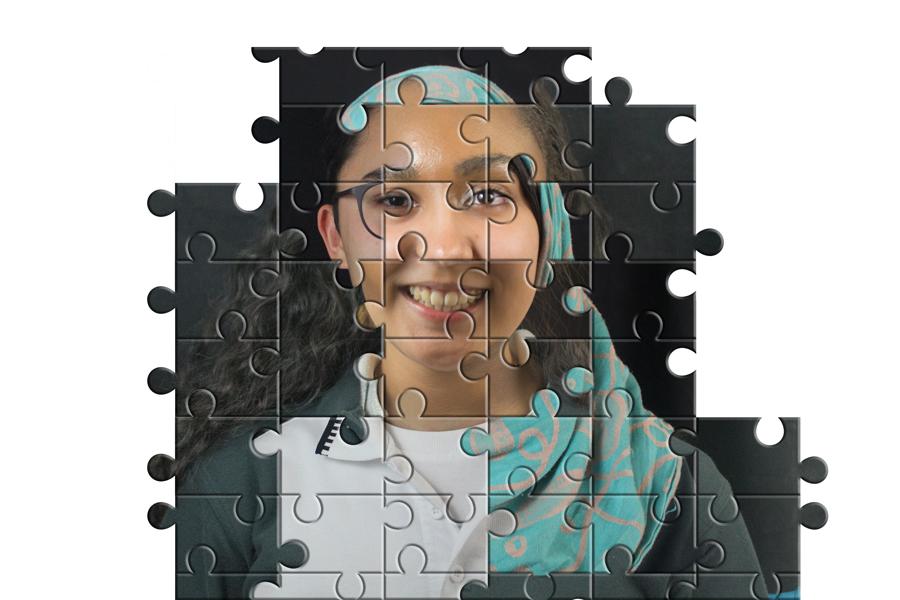 Then four-year-old Morgan Johnson was playing a game of tag with her pre-school classmates like she did every day during recess. When a particular kid was picked to be the tagger, he refused to chase Johnson and said, to her face, “I don’t play with dark meat.” Ever since that day, Johnson, now a senior, has been aware of the discrimination she faced and will face every day because of the color of her skin.

Years later, Johnson now notices that typical attributes of black females are considered desired qualities in present-day. American society. Cultural appropriation can be seen everywhere in popular culture from social media to the red carpet. “Looking like a black girl is somewhat trendy now. Everyone wants the big lips, the curvy figure, and all the features, but having dark skin isn’t in style,” senior Johnson said.

If the features attributed to a certain ethnicity are so desired, then why do people in today’s society find one of the more prominent features like a darker complexion as undesirable? 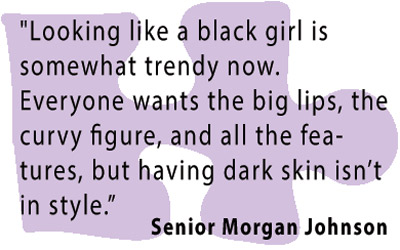 Evidence of this was seen in the JC community when Johnson was told by another senior that she was “pretty for
a black girl.” While this insult was somewhat subtle, the meaning behind it hurt Johnson and made her wonder if everyone perceived her like this person did. She asks herself, why couldn’t she just be “pretty” not “pretty… but not completely pretty because she was still black.”

Being a darker-complexioned female in American society leads Johnson to face uncomfortable situations when it comes to relationships, dating, and dances.

“I always feel like guys are looking for a girl who doesn’t look like me,” Johnson said. Even something like finding a date to a dance can be difficult for Johnson because when friends are trying to find her a date to a dance they have to “check if he is into black girls first.”

One of the main reasons Johnson feels that black women are not always perceived as desirable is because of stereotypes. According to Johnson, there is a stereotype that black women “have an attitude” or are “ratchet.” Because of these stereotypes, white and black men alike can immediately write off black women without getting to know who they really are.

Johnson even had a similar experience with a boy whose complexion was similar to hers. She was interested in going out with the boy, but he turned her down because he said Johnson was “too dark for [him] and [he] wasn’t into dark girls.”

Johnson feels the reason for this popular opinion amongst darker-complexioned men may be caused by their own self-hatred. “Because of some of the discrimination black men have felt towards their race in the past, they want to dissociate themselves from that as much as possible,” Johnson said. She believes that this is why finding a white girl or girl of a lighter complexion seems to be ideal in today’s culture.

In addition to the beauty standards placed on Johnson, she faces many pressures from “black culture” as well. According to Johnson, there are many things that people expect her to do just because she’s black. People assume that she can dance well, that she’s heard the latest rap artist’s album, or that she knows what the latest slang means.

“I hate that when I tell people that I dance they’re shocked that I do ballet and not just hip- hop,” Johnson said. She explains that she is expected to conform to what society perceives as “black culture,” but she tries to be true to who she is and pursue the things she likes without pressures from stereotypes.

For the time being, Johnson has found comfort in exploring black confidence blogs on websites like Twitter and Tumblr. She has now come to terms with her complexion and embrace her beauty by admiring girls that look similar to her, realizing how beautiful they are and, consequently, how beautiful she is.

Lilly Stannard is an In-Focus Editor for The Patriot and jcpatriot.com.

Beauty in the eye of the beholder

Junior Yena Kim looks in the mirror and is not satisfied. Unlike some girls that feel too pale or think they look young for their age, Yena compares herself to the standards set for girls in Korea having pale skin, a skinny body, and a baby face.

According to senior Taejoon Kim, Koreans, as well as other Asian races, tend to be insecure about the size of their eyes because of the comments that other people make.

Imagine how it feels to hear people say, “Where are my eyes? I look Asian in that picture” when you yourself are Asian. “I don’t really care about it that much compared to other kids, but I think they feel offended when other people say like ‘oh my gosh my eyes look so small,’” Taejoon said. According to Taejoon, some girls even try to make their eyes look bigger using makeup. 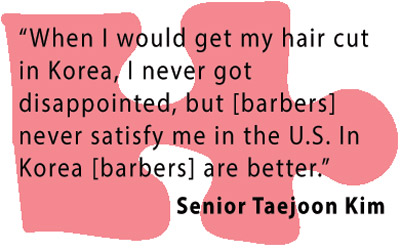 However, Yena is confident in her features and is not offended when people make comments unless they are outright insulting. “Sometimes [people] say that [they] like ‘my small eyes,’ and I don’t get hurt or offended about it. Some people have small eyes and some have big eyes. The fact that I have small eyes doesn’t bother me,” Yena said.

Yena elaborates further on the standards that girls in Korea are held up to. She says it’s different than in America, but the idea is the same because people try to meet a certain standard or achieve a certain look.

One thing that Taejoon loves about his culture is the style, in both clothing and hair. According to Taejoon, high school boys in Korea care much more about their style than the boys here in America, or at least at JC.

Taejoon thinks that in Korea people care more about style in general, even their hairstyle. “When I would get my hair cut in Korea, I never got disappointed, but [barbers] never satisfy me in the U.S. In Korea [barbers] are better,” Taejoon said.

Something that Taejoon has realized is that oftentimes people assume that Chinese people and Korean people are the same, or assume that since Chinese people do something, Koreans do it too. “[Students] expect all Asian kids are rich and wear expensive stuff, but I don’t really wear that,” Taejoon said.

Katie Sullivan is an In-Focus Editor for The Patriot and jcpatriot.com

Freshman Sehrish Shauka stands in a Target as a male her age starts to approach her. As he gets closer to her, he asks, “Are your parents in ISIS?” Quickly, Shauka snaps a comment back to protect herself from harsher words.

Welcome to the life of a Pakistani girl.

According to Shauka, exchanges like this are common occurrences for members of her culture, especially women, and usually happen once every two months to her. “Sometimes I’ll be at the grocery store just picking up some stuff and people will just walk up to me and say rude things to me,” Shauka said. 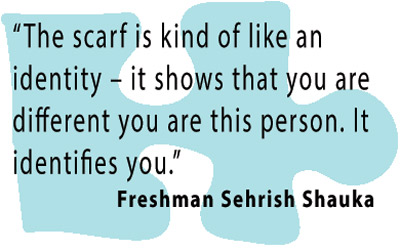 Shauka believes that the hijab, or headscarf, makes the women stand out and causes them to receive more backlash than Pakistani men do. According to Arabs in America, the hijab, which means “cover” in Arabic, is worn because “they believe that God has instructed women to wear it as a means of fulfilling His
commandment of modesty.”

Although it says in the Quran, the Islam book of scripture, that women should wear the hijab, they do not wear it as often in order to avoid this backlash. According to Shauka, other people in her culture criticize her for wearing the hijab and assume that her mom forces her to wear it.

According to Shauka, the Muslim culture worries more about the career and background of the person they are marrying instead of their physical appearance. “I feel like America is more ‘be thin, be pretty, be fit’ and that kind of stuff,” Shauka said. If anything, the idea of having a paler skin tone might be considered to be more appealing than darker skin.

Although she has never had a problem at school, she believes that people can embrace her culture by “not judging us before they look at us and think ‘oh they’re a part of this country.’”

“The scarf is kind of like an identity – it shows that you are different you are this person. It identifies you,” Shauka said.

Caroline Cooney is an In-Focus Editor from The Patriot and jcpatriot.com.