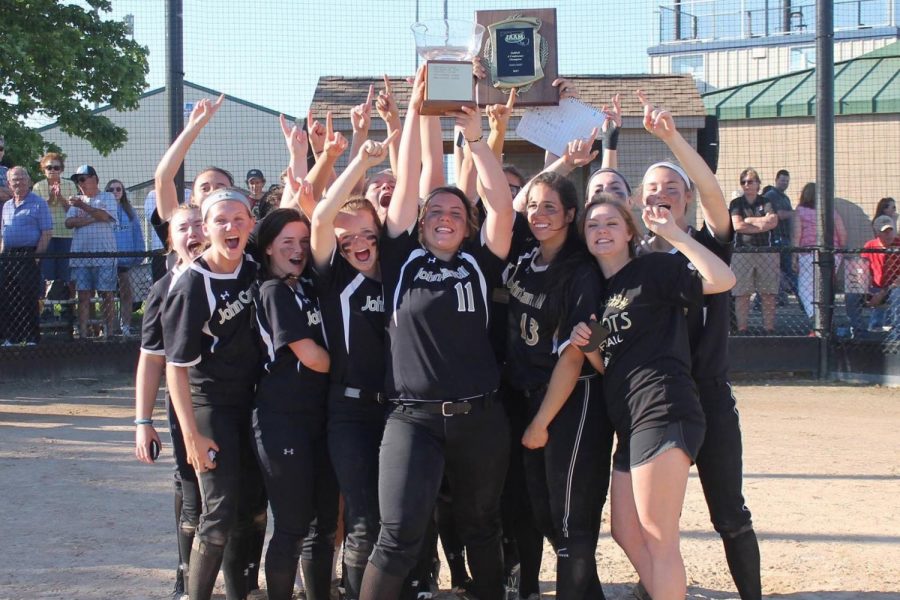 The softball team ended a successful season after winning the IAAM A Division Softball Championship for the first time, according to softball coach Sherry Hudson. After a six game losing streak, the team made a come back with an 11-7 overall record.

Hudson was proud of her team for their accomplishment and their ability to achieve such a high honor despite their losing streak during the season. “The girls regrouped and turned things around by believing in themselves and their teammates. We won our last league game over Seton Keough and then won three straight in the A Conference Tournament over Catholic, Spalding and Mount de Sales,” she said.

While Hudson credits the victory and successful season to each member of the team, she notes that junior team captain and shortstop Meghan Sheehan stood out. “She had an outstanding on-base percentage, led the team in stolen bases, and anchored the infield at shortstop,” she said.

Sheehan believed the team would do well from the start of the season. “I said to my teammates at the beginning of the season, ‘this is our year,’ and we all had that mentality the entire year,” Sheehan said.

Next year, Sheehan hopes the team can win the championship for the second time and “make our mark again and make our presence known in the A conference, and say that this wasn’t just a one time thing. We are a force to be reckoned with.”

Taylor Bynion is a Copy Editor for The Patriot and jcpatriot.com.