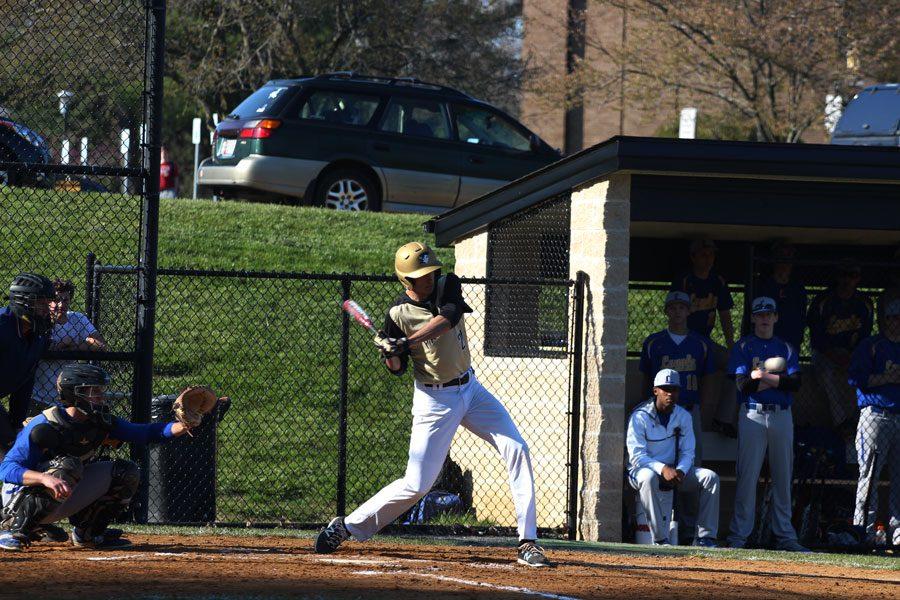 Senior Nick Turnbull swings at a pitch against Loyola Blakefield. The baseball team finished their season with a record of 9-15.

After a season of struggles, the men’s baseball team finished the season with a 9-15 record.

Before the season began, the team was “poised to compete for the A Conference Championship after making the playoffs in 2015,” according to the official JC sports website. While the team expected to do well this year, the season didn’t go the way they expected.

“We underperformed. It was a frustrating year,” varsity baseball coach Steve Teter said.

The team did well in their first few games, but their lack of team unity led to their series of losses that kept them out of the playoffs, according to junior Alex Marlow.

While they weren’t satisfied with this year’s results, both Teter and Marlow expect the team to do well in the next season. “We have the talent to perform with most teams in the league. I expect us to come together next year and learn from our mistakes this past season,” Marlow said.

Grace Mottley is a News Editor for The Patriot and jcpatriot.com.