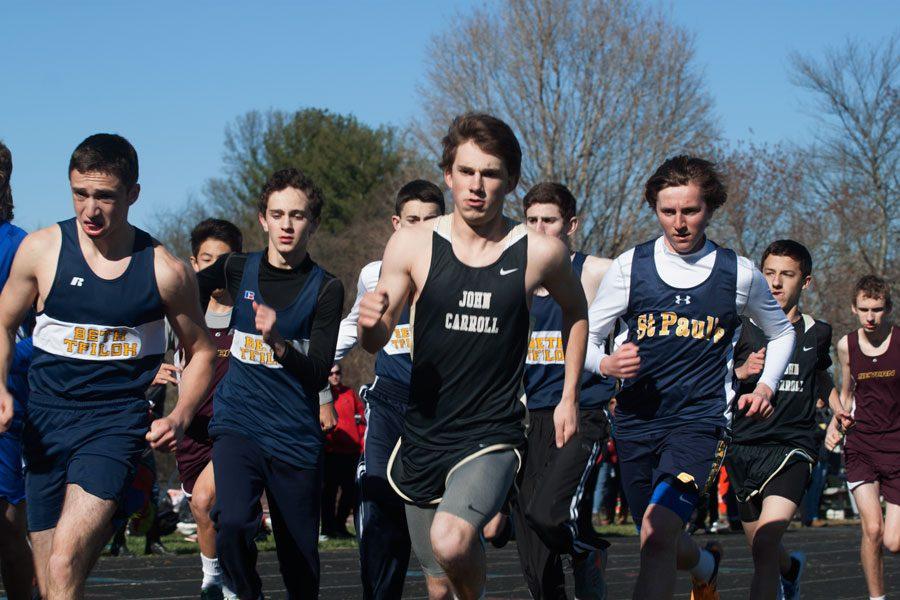 On May 4, the men’s varsity track team finished their season and won the MIAA B Conference Championship with 232 points. According to head coach Robert Torres, the team had a great season.

“We had a lot of strength this year because it was one of the most complete teams we have ever had. We had solid athletes in all events, which can be challenging to do because you have to fill them all up. In the past we haven’t filled everything up,” Torres said.

Torres admits that although the team has come very far, some could be more dedicated. Freshman Ayo Bodison agreed and said, “Track is super fun but I think more people need to come to practices.”

Despite this, Torres acknowledges that the team had several great sprinters, such as Bodison, freshman Wyatt Moran, junior Devin Darrington, and seniors Rob Flynn, Matt Becker, Evan Moore, and Ky’el Hemby. Bodison thinks that “the multiple national athletes” on the team help make it so successful.

While many senior team members are graduating, Torres is optimistic for the next season. “We also have some really good freshmen distance runners that work hard. It all depends on the incoming underclassmen and if more people come on the team next year,” Torres said.

Pia Scotto is a Community Editor for The Patriot and jcpatriot.com.