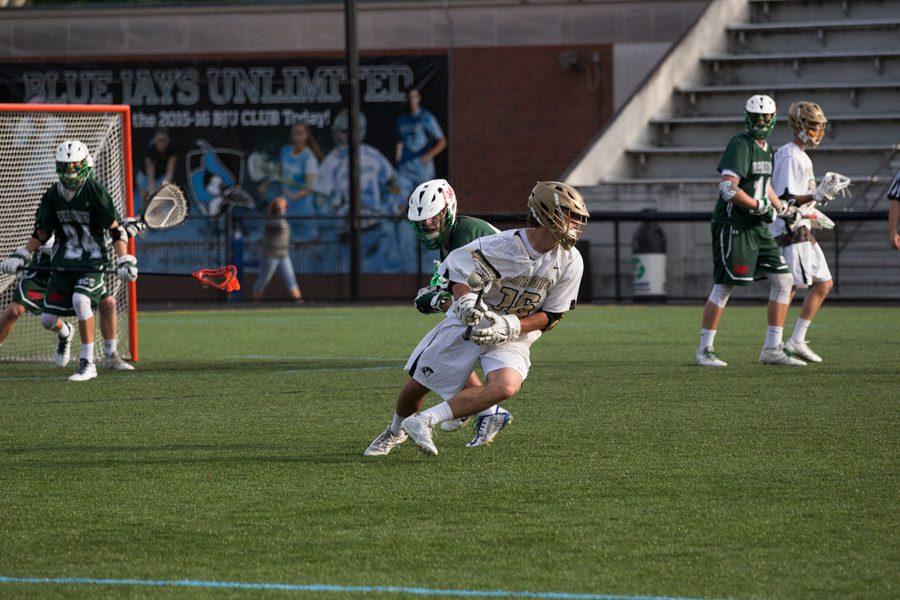 Junior Paul Poholsky spins towards the goal to get an open shot. The men’s lacrosse team finished their season with a 19-6 record, capturing the championship.

The men’s lacrosse team finished their season with a 19-6 record that ended in a second consecutive championship.

According to junior defenseman Shaun Vines, everybody stepped up and contributed to the team this year. “Each and every player on our team helped us out this season, whether it was in practice, workouts, or in games,” Vines said.

The season began with a string of losses against tough competition coming from A conference teams, such as St. Paul’s as well as the Hill Academy from Ontario, Canada. “We had great seniors and they didn’t make excuses but continued to demand everyone work harder,” varsity head coach Brian King said.

Despite the tough start, the team quickly rallied and won seven straight games, bringing their record over .500 on the season. Then after two losses, the team won 13 straight en route to a conference championship.

King believes that the seniors roles will be tough to fill on the team as far as their leadership role. “On the field we will be fine, it’s what they did off the field that is going to be tough [to fill],” King said.