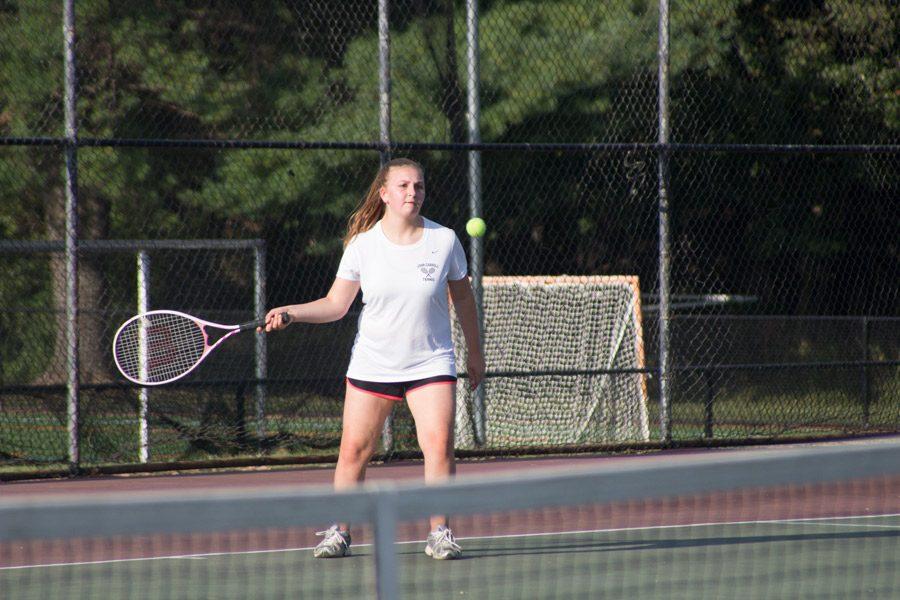 Sophomore Annie Iorio prepares to hit the ball during her singles match against Oldfields on Sept. 15. The varsity women’s tennis team finished their season with a record of 1-8.

This year the women’s varsity tennis team finished with a record of 1-8. However, this season was still one of improvement.

“We started with a lot of new people which was a challenge, but we really improved over the season,” senior doubles player Hailey Ishak said.

According to Ishak, the best part of the season was “getting to meet new girls on the team and forming new friendships.”

Doubles player junior Ellee Perri also feels that this season was full of meeting new people. “It was a great bonding experience and was a lot of fun,” Perri said.

Coach George Panion was out of the country and unable to comment, but according to Perri the team was able to improve because they “practiced a lot and were mentored by their coach.”

Perri’s doubles partner junior Josie Cohen is excited for next season and looking forward to “getting better at tennis and being with the team again, because they’re such a great group of people.”

Elizabeth Harmison is an In-Depth Editor for The Patriot and jcpatriot.com.