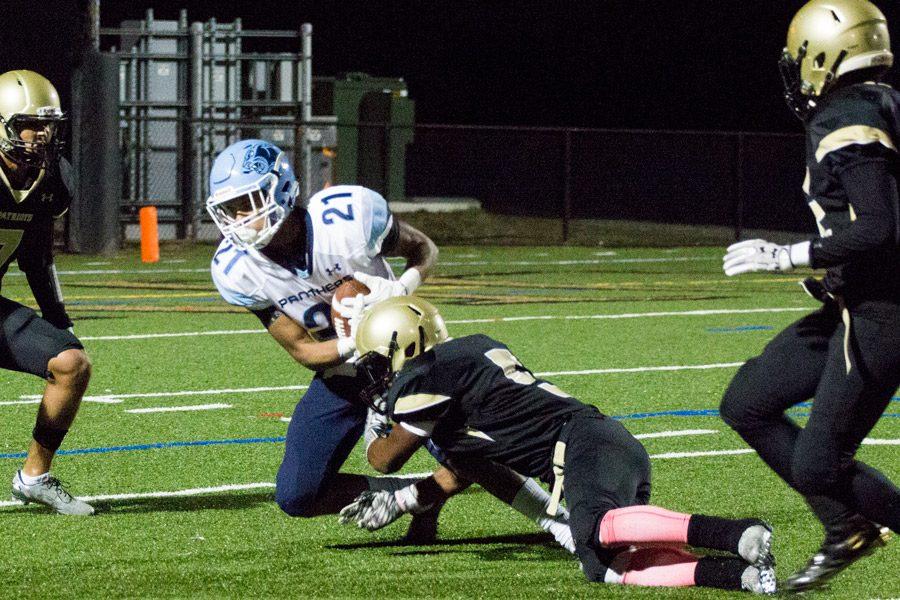 Senior cornerback and wide receiver Darius Baugh tackles an opponent in the game against St. Vincent Pallotti High School on Oct. 14. The football team finished with a 1-9 overall record this season.

The varsity football team finished their season with a 1-9 record overall season record.

The team performance was a result of multiple injuries, and their failure to “develop a winning chemistry,” according to head coach Keith Rawlings.

However, senior wide receiver Niko Rice attributed their performance to the amount of work the team put in overall. “It came down to work ethic, and we could have worked harder,” Rice said.

During their previous season, the team won the MIAA B Conference championship 35-14, on Nov. 14 against Archbishop Spalding High School after an undefeated season. Going into this year, the team expected they would perform similarly. “We had expected to return to the championships again,” Rawlings said.

The team still hopes to do well next season, and the departing seniors left their teammates some advice. “We’ve told the juniors and everyone how important it is to keep working hard next year,” Rice said.

Rawlings believes that the team should be stronger and more successful next season. “We’ll return 9 of 11 starters on offense and 7 of 11 back on defense [next year]. We will be very good,” he said.

Grace Mottley is the Assignment Chief for The Patriot and jcpatriot.com.