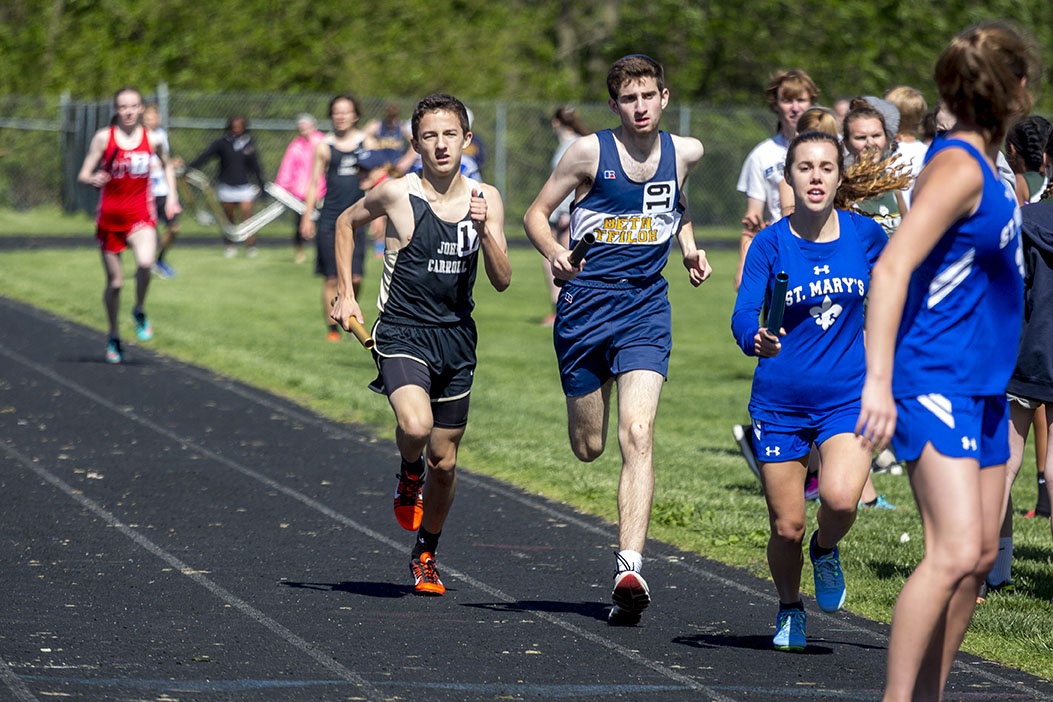 Track and field coach Robert Torres believes the team did “decent,” despite having a small team. “Numbers were down, so that hurt us a bit. We had young distance guys that did pretty well and progressed very nicely. Sprinters were okay this year, [they] could be a little stronger.”

Torres believes that throughout the season, there were multiple runners instrumental in scoring points. According to Torres, the strongest distance runner was sophomore Bryan Stancliff with junior Ben Sullivan and sophomores Wyatt Moran, Alexander Kirkland, and Jack Plumer “right there with him.”

Torres considers junior sprinter David Pajerowksi a big point scorer for the team and senior Niko Rice a valuable sprinter as well. Despite all the individual talent, Torres does not attribute the team’s success to a single runner. “I don’t know if any one of them was the most valuable, but you know, it’s kind of a mix,” he said.

However, according to Torres, this is the first season in awhile that the team has not broken a school record. “It’s a combination of the records getting harder to break, and I think a lot of the guys on the team were younger, so it’s a little bit tougher for them,” he said.

For next year’s team, Torres hopes “that we get more dedicated, [and that] talented guys that have a desire to do well and help the team do better.”

Lauren Becker is a News Editor for the Patriot and jcpatriot.com.