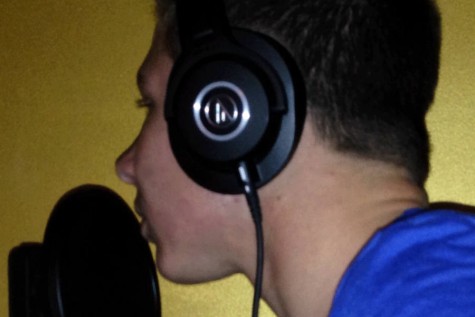 Photo courtesy Hayden Delpi
Junior amateur rapper Hayden Delpi experiments in his “mini studio.” Delpi released a song on Jan. 6, “My Life,” which can be found on Sound Cloud.

Over the past couple weeks, JC’s halls have been buzzing with the news of upcoming mixtapes by junior rappers Hayden Delpi and Ky’el Hemby. Their first singles were released on Jan. 6 and Dec. 25 respectively. The Patriot looks into what the future holds for Delpi, also known as “H.D.T.K.” and Hemby, known by his rap name “Koddie.”

Junior Hayden Delpi sits in his unprofessional studio thinking of all the possibilities, getting deep in his feelings, and trying to give his fans something to hype up for no reason at all.

On Jan. 6 Delpi, known as H.D.T.K., his rapper name, released the first song of his mixtape entitled “My Life.” Since then, Delpi has gained momentum through his fans, which he says are the best and very supportive.

“My Life” is the only song Delpi has released as of now, but he expects to drop more songs and make a complete mixtape around the summer time. “I want to learn from this song and get better. I’m having fun with it,” Delpi said.

Throughout this entire process Delpi has received praise from students and faculty for pursuing his dream, not necessarily encouraging him to make it his future occupation, though. “The entire JC community, especially the junior class, has supported me and kept me motivated,” he said. 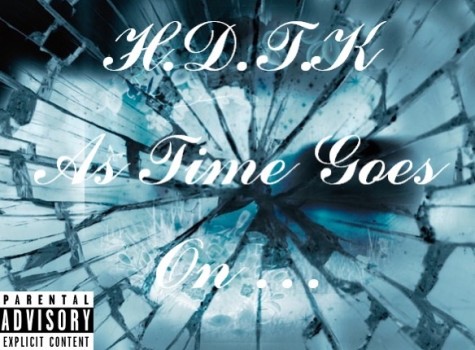 Photo courtesy Hayden Delpi
Above is the cover art for Junior amateur rapper Hayden Delpi’s mixtape. Delpi continues to work on songs and advancing his rapping skills. Delpi plans to release more songs throughout the year and hopes to drop a complete mixtape in the summer.

Teachers had words of advice for Delpi and the future of his rapping career. “He might need to go to college and make rapping a part-time kind of thing,” Delpi’s Spanish teacher Susan Garcia said.

According to junior Quinten Petro, in the days following the release of “My Life,” Delpi’s small nucleus of fans went crazy. “It is an instant classic and my respect for him has increased dramatically just because it’s Hayden,” Petro said.

It hasn’t all been great for Delpi throughout his journey. Recently, he has struggled to release songs on time because he’s trying to give his fans the best possible songs.

“I’m upset with his lateness, but his song is complete fire, at least for the standards I had for Hayden,” junior Will Tokarski said.

Although Delpi plans to advance his rapping career, he views it as a hobby and not a profession. He also participates on the track and soccer team, hoping to go on and play soccer in college. “Education is the most important thing for me,” Delpi said.

According to Delpi, the process has been harder than he thought it would be when the idea first came to him. At first he didn’t even think he was going to be doing it, but he did. The delays upset him, but it’s part of the “rap game,” as he refers to it. “The delays are a part of my learning process. Even Lil Wayne had some delays, upsetting his fans, but he bounced back, and I plan to do the same,” Delpi said.

“This has been a dream of mine, and now I’m watching it come true, even though I need a ton  of work to be taken seriously,” Delpi said.

His classmates seem to already love his amateur songs as they have listened to “My Life” in classes such as religion and spanish.

Delpi still experiments with his studio equipment trying to progress and gain experience rapping. For continued information on the progress of his mixtape, release dates of more songs, or to contact Delpi. He can be reached on Twitter @HDelpi.

“I promise that I’ll be better and more timely,” Delpi said. “My fans will get the best bars I’ve ever spit in my next songs, which isn’t saying much but still.”

Junior Ky’el Hemby, also known by his rap name “Koddie,” released a rap song he recorded on his phone using the voice memo app on Christmas Day, 2014. The song was sent via text message to his friends. These friends were surprised by the outcome of the rap.

“I thought his rap was tough, and he is on the rise to the top,” junior Damon Lloyd said. Lloyd believes Hemby has the potential to be a good rapper, but he has a few things to fix. “He has to stop recording off of his phone and get into the studio.”

More songs are on their way. “I plan on releasing a few more songs for now, but there will be more to come [in] summer 2015,” Hemby said.

Hemby says he discovered his talent from boredom. “To be honest, one day I was bored and just started rapping, and I was surprised that I actually sounded pretty good,” Hemby said. 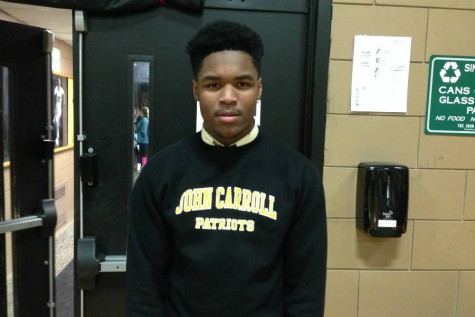 At this point, Hemby hasn’t released any of his songs to the public. He sent the voice memo to friends, but he says he was just “messing around” and that the voice memo was just practice for him.

Although the rapping career of Hemby was solely for humor purposes at first, Hemby plans on going to a recording studio in the near future. In the studio he will be able to record his raps with better quality.

Junior Kurt Rawlings was among the first to hear Hemby’s rap. “I thought it was really good, and I hope he continues to make more raps in the future,” Rawlings said. “His rhyme scheme and uses of assonance in his song are truly clever.”

Hemby’s rap does contain forms of profanity, but he believes that profanity can make rap humourous while still delivering a message. “I try to deliver realistic messages that aren’t really harsh or bad. I’m more of a comedic rapper trying to make you laugh.”

Hemby believes that rap music gives off a common delusion. He believes that there is an underlying theme in many rap songs. “There’s definitely a misconception with this generation [about] rap music. Even though it contains a lot of profanity and mild lyrics, most people don’t see the message through the music,” Hemby said.

Once Hemby creates more raps for his mixtape, he plans on releasing his raps on a site like SoundCloud for everyone to hear. Hemby believes that he is still a work in progress and wants to wait until he makes more raps to release his mixtape to everyone.

Alex Rasmussen is a News Editor for The Patriot and jcpatriot.com.