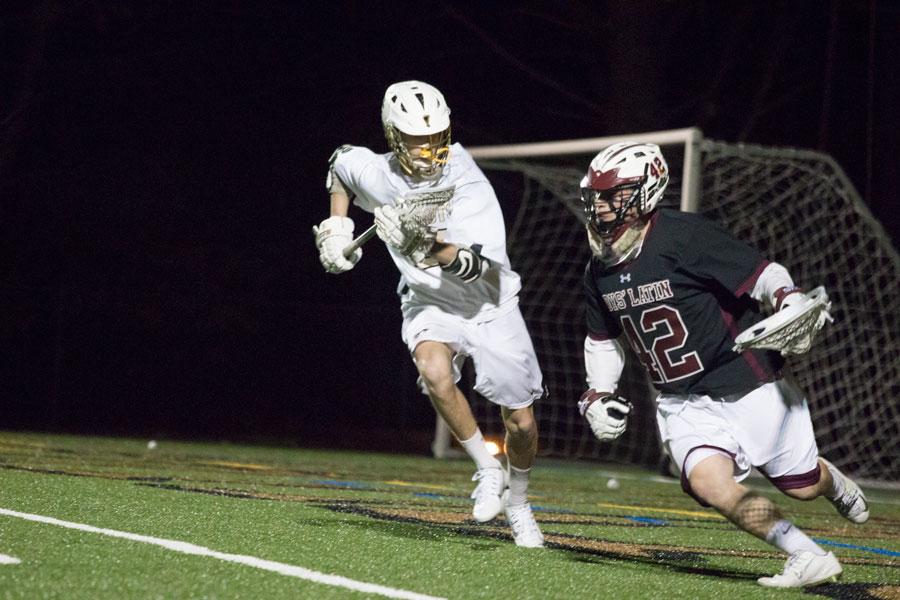 Kicking it into high gear

As spring sports begin, men’s lacrosse and women’s track will feed off previous success in an attempt to translate it into championship runs. Key returners and toughest opponents were highlighted, among other parts of the sports, to get a preview of their upcoming seasons. 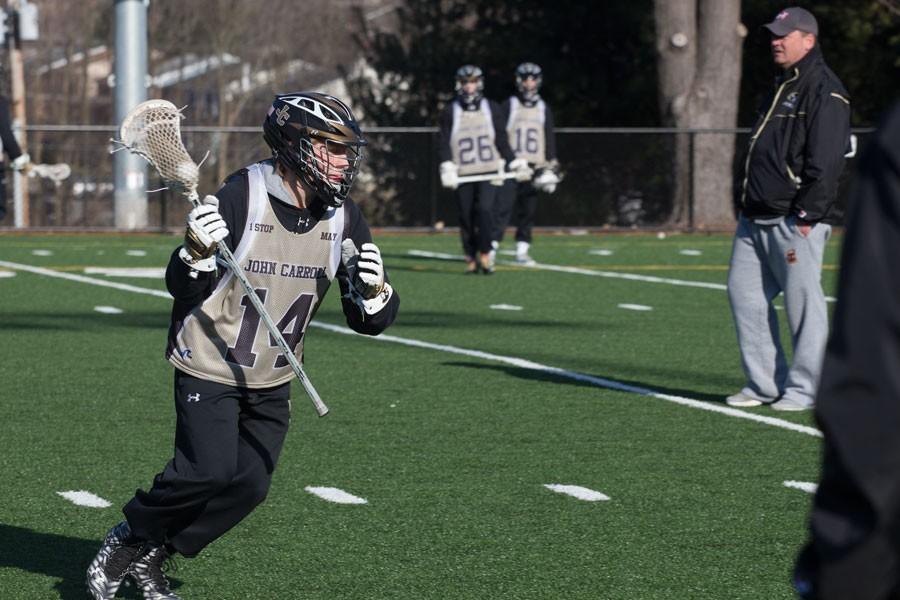 Sophomore midfielder Jake Kreiger carries the ball down the field during practice on March 8. Kreiger was one of four freshmen to make the varsity team last year.

Coming off of a championship-winning season, the men’s lacrosse team looks to pick up right where they left off.

Second-year varsity lacrosse head coach Brian King is confident that his team will be as successful this season as they were last season. “We have a good group of kids who are willing to work hard and play the best in the country,” King said.

To get them ready for the season, King has been working with the team since early September in preseason workouts with Arena Club trainers. He has also encouraged his players to work out on their own.

The team finished last season’s  championship with an overall record of 13-7.

According to returning varsity attack and sophomore Jude Brown, “He’s testing us to our limits and pushing us in practice in preparation for the upcoming season.

“We, as a team, need to work on the chemistry because we have a good amount of new guys and transfers,” Vines said, “but besides that, all in all, we have the talent. We just need to execute and play like we know we can.”

Elizabeth Harmison is a Multimedia Editor for The Patriot and jcpatriot.com. 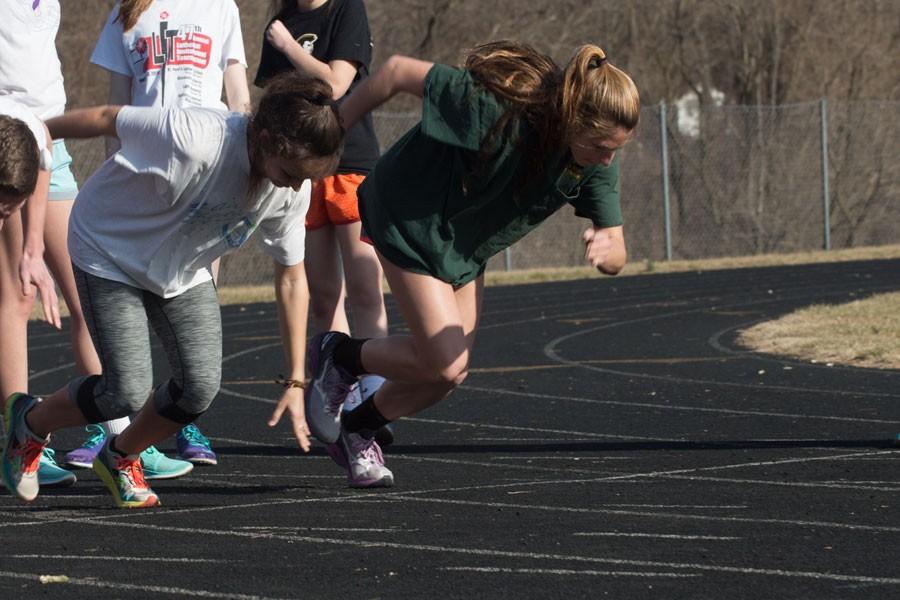 Seniors Faith Ensor and Holly Driver sprint ahead inside their lanes during practice. Driver and Ensor are returning seniors and leaders on the women’s track team.

As the spring sports teams begin their first practices, one team, in particular, is ready to have a breakout season: women’s track.

“We have a solid core of returning veterans in distance, hurdles, and the vertical jumping events,” head coach Michael Monaghan  said.

Runners are excited for the coaches this year, too. “Mr. Al Barrow is coaching again this year, and I’m looking forward to learning more new techniques for sprinting and hurdling from him,” junior Stephanie Imbierowicz said.

“Being able to cover a majority of the events on the track and field will be a huge boost for us this year,” Monaghan said.

“Our goal for this year is to place in championships,” senior captain Holly Driver said. “I think we have a good enough team to do that. On paper right now, things look great, so hopefully we look that good out on the track.”