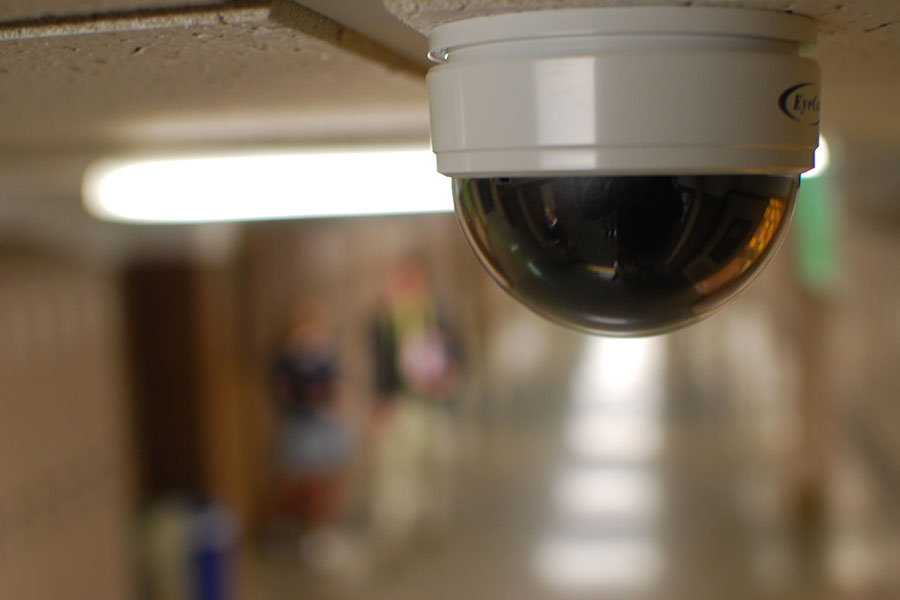 The Patriot In-Depth: Placing local and global surveillance under the magnifying glass

For this In-Depth, The Patriot examines the National Security Agency (NSA) spying scandal, looks through the history of government surveillance, and magnifies the issue of spying and surveillance to the local level by evaluating JC’s surveillance policies. 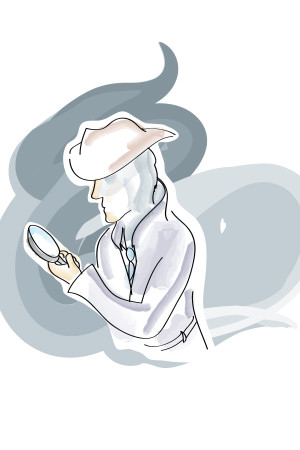 Starting with an article by Glenn Greenwald in “The Guardian,” it has come to the attention of the United States, and the world, of a scandal by the National Security Agency (NSA) on surveillance. This initial report revealed how much the NSA was monitoring phone calls of Americans and a court order that asked Verizon to turn over domestic phone records to the government. This may seem scary, but what may seem even more frightening is that citizens may not be fully informed on the subject.

The court order only demanded “metadata,” or information such as who was called, how long the call lasted, and when they called. The government is not actually listening in on phone calls, but collecting information on the calls. Therefore, it is not possible that the NSA is listening in on the nation’s conversations, but this assertion stands unproven. The NSA can also get a rough idea of locations of callers by seeing which phone towers the calls were sent to.

The NSA was also reported to have been monitoring online activity. A program named “Prism” allowed the NSA to collect search history, content of e-mails, file transfers, and live chats. There are claims that the companies allow this to happen. However, when contacted, these claims were denied. Google stated, “Google cares deeply about the security of our users’ data. We disclose user data to government in accordance with the law, and we review all such requests carefully. From time to time, people allege that we have created a government ‘back door’ into our systems, but Google does not have a back door for the government to access private user data.”

This monitoring covers several major internet providers such as Facebook, Youtube, Skype, and Apple. Microsoft is also a member, and the NSA was even reported to have been monitoring Microsoft”s online Xbox live service. The access to this information was first given under law changes with President Bush, and then renewed with President Obama in 2012.

I feel like I don’t really care if they see any of my stuff. What are they going to do, yell at me for taking selfies?”

Some students are not alarmed. “I feel like I don’t really care if they see any of my stuff. What are they going to do, yell at me for taking selfies?” junior Charlotte Molali said.

Others feel differently. “I don’t feel very good that the government is spying on me,” sophomore Hayden Dolpi said. Additionally, senior Connor Reeves said, “I think its not right. We have our rights.”

According to an anonymous Department of Defense (DOD) worker, “The NSA, CIA, and all the intelligence agencies cannot listen to, or otherwise snoop on US citizens without a court order. Based on what I know about how [the NSA] monitors, I am comfortable with [NSA] having the mission they have. Since 9/11 there has been the prevention of several terrorist attacks by the government listening to communications such as phone conversations.” However, “unless there is reason such as ties to terrorism, we should be able to expect that our communications are free from government monitoring,” he said.

The DOD worker said, “in Snowden’s case, I don’t think he knew what he was doing. He has certainly caused many problems that will eventually cost the lives of US military personnel. Some whistleblowers have legitimate reasons to sound the alarm, he is not one of them.”

According to sophomore Max Butschky, he is roughly educated on the issues. “It is an invasion of privacy,” Butschky said. “I think [whistleblowers] are justified, even if it is illegal. People deserve to know.”

For more, click here to see the pro argument and the con argument on the morality of the recent acts of Edward Snowden.

Cole Alban is the Online Chief and Justin Hawkins is an Opinion Editor for The Patriot and jcpatriot.com.

In the past few years, JC has taken measures to monitor student action more closely, both regarding technology and around the school.

The Acceptable Use Policy was instated with the arrival of laptops at JC, setting a guideline for student actions on their personal laptops. The policy appears on JC Lenovo laptops, where students are required to agree in order to log onto their computers.

The policy states that laptops can be used in a positive educational manner, but “the use of John Carroll’s network and computers is a privilege and not a right.” It says that the school has the right to search all files and emails on a student’s laptop.

The Acceptable Use Policy continues on to list the parameters of students’ laptops, including restrictions on illegal downloads and bullying. It also includes that, via the Children’s Internet Protection Act, JC is required to prohibit children 16 or younger from viewing obscenities and pornography.

“[JC] knows students are goofing off. If students want to focus, they will,” said junior Nick Lewis.

In The Patriot survey on Jan. 10, 2014, a student defined the Acceptable Use Policy as, “The ability for JC to track my laptop and the actions I make on it.” Another student said, “I don’t really know. I feel this is a lie everyone tells, clicking on the ‘I agree’ to the terms and conditions without actually reading them.” Only 0.8 percent of students could define the policy in the survey.

If violated, students could have their internet access and email revoked, face legal action by the school or other involved parties, or receive disciplinary action, including dismissal.

During the Christmas break of 2009, surveillance cameras were installed both outside and inside the school, accessible by administration.

[JC] knows students are goofing off. If students want to focus, they will.”

The camera feeds are monitored, “normally as a result of an incident,” former Dean of Students Thomas Vierheller said. The majority of students, 87.2 percent, believe that the JC administration has the right to set up surveillance cameras, most say because it can protect JC.

Some students agree that this measure is necessary, and according to one person who responded to The Patriot survey, “it keeps students out of trouble. Not everyone is trustworthy or does the right thing. Having security cameras means the school can be more proactive in stopping kids from doing the wrong thing.”

100 percent of students say that they know of the surveillance cameras, and 15.4 percent say that they or a friend have received punishment for something caught on the cameras. While they are located throughout the interior and exterior of the school, it is illegal to have them in bathrooms or locker rooms, and JC has not installed any in the student parking lot.

According to the student handbook, “users have no claim to privacy or protection from discipline if the content is openly available on a public site.” The handbook gives the example of a public twitter account being monitored by the administration.

“[Social media] is not monitored unless there is some reason to think something’s going on,” Vierheller said. He also mentioned that much of the content they look at is sent to the administration anonymously.

Any methods of checking on students are “a resource to go back and investigate or a measure to keep the students safe,” Vierheller said. Lewis believes that the administration surveilling students is not really an issue because “we give all the information away freely, we don’t care.”

Madison Meyer is an In-Depth Editor for The Patriot and jcpatriot.com.