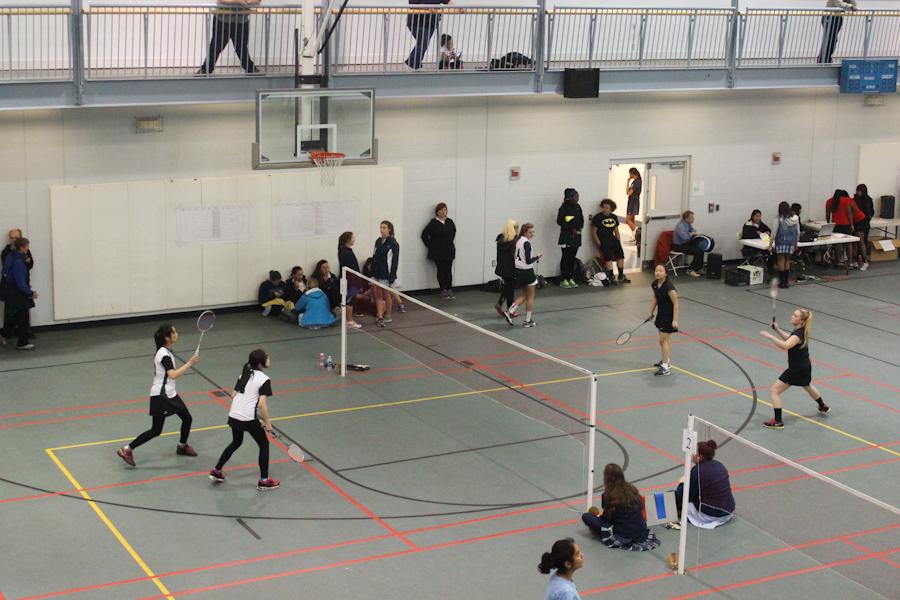 The varsity women’s badminton team went undefeated with a record of 8-0. The JV team record was 4-4.

“We participated in the IAAM B conference and came out on top,” badminton coach Tess Gauthier said, regarding varsity’s undefeated season.

Members of the team also won the tournament championship on April 30. Seniors Bethany Boniface and Fiona van der Steur took the doubles championship. They played against a team from Saint Tim’s and won first place. According to Gauthier, they never lost a match this season.

“The best part of the season was hanging out with the team, and we all became very close,” varsity singles player sophomore Katie Sullivan said.

“I think that our singles players will be stronger, and I am hopeful for next season,” Gauthier said. “We are going to have to try a little harder because we will be losing seven varsity players.”