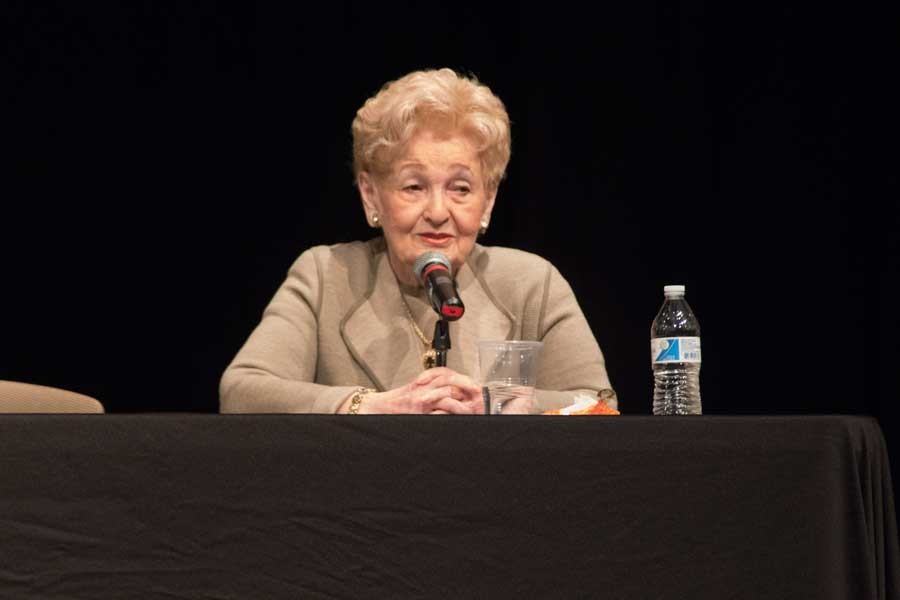 Halina Silber survived the Holocaust because of Oskar Schindler. She was number 16 on his list. She was born in Krakow, Poland to a family of seven. After the German invasion in 1939, Silber’s family moved to small villages in the hopes that they might be saved from the concentration camps. As hope diminished, her mother arranged for Halina to enter a forced-labor camp just outside of Krakow, believing that the job would save her life. Soon after Silber departed, her parents and two siblings were taken to the Belzec Extermination Camp where they were murdered. While at the forced-labor camp, Silber learned that she was selected to work in Oskar Schindler’s factory. She worked there from 1943 until liberation. She is the widow of David Silber, a survivor of Auschwitz.